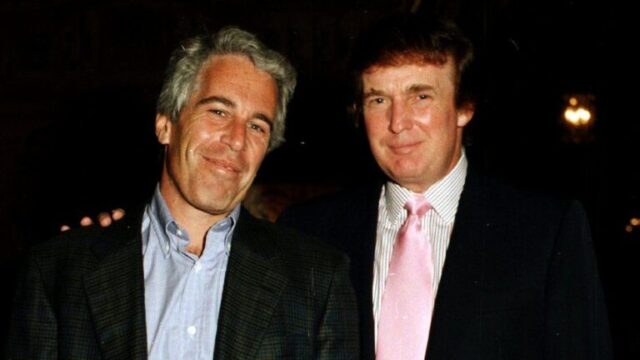 In a groundbreaking book by Dylan Howard, the writer accuses Jeffrey Epstein and Ghislaine Maxwell of being “Mossad spies.” Epstein, who had a depraved attraction to underage girls, used his wealth to trap other powerful people and the United States politicians engaging in the acts of sex with his victims. Epstein would film these encounters, according to Howard’s book, and then use the evidence to blackmail the powerful figures into doing unspeakable things.

The book is called Epstein: Dead Men Tell No Tales. The text proposes a conspiracy theory that Epstein, along with Ghislaine Maxwell, were spies for Israel who wanted to use child sex trafficking to blackmail powerful people in the United States.

The book claims that Ghislaine’s late father was instrumental in Epstein’s life. He introduced Epstein to Mossad “handlers” back in 1991 before the father died. The father, Robert, was also a Mossad spy and, according to the sources in the book, ordered the Israelis to “accept” Jeffrey into their ranks.

Throughout the years as a spy for Israel, Epstein and Ghislaine allegedly lured powerful people, billionaires, and politicians into horrible situations with underage girls. Epstein, who allegedly had a sex dungeon and stripper area in his New Mexico property, would film these high-profile marks having sex with the children and then use the footage to blackmail them into doing anything the Mossad leaders wanted them to do.

Although authorities raided Epstein’s properties, it was not announced whether or not they found these alleged tapes. However, conspiracy theorists, like Howard, believe that the tapes exist and have been moved into safekeeping since powerful people, including United States presidents, could be on those tapes.

A former Israeli spy, Ari Ben-Menashe, said that Robert Maxwell’s “handler” really liked Epstein after they were introduced. They “wanted” to use Epstein, and Robert urged them to “accept” the young pedophile into their ranks because of his ability to use his depravity to trap other people in career-ruining situations.

During a separate interview, Ben-Menashe said: “Maxwell sort of started liking him and my theory is that Maxwell felt that this guy is going for his daughter. He felt that he could bless him with some work and help him out in like a paternal way. They were agents of the Israeli Intelligence Services. Later on, Ghislaine got involved with Israeli intelligence together with him.”

“Experts” in the intelligence community allege that Epstein and Ghislaine would “honeytrap” prominent celebrities, politicians, and others by filming them have sex with children. They’d use this footage to blackmail them into submission.

“Epstein was sort of flying very important people around the world, providing young girls for some of them,” sources said. “If you’re an intelligence community and you have someone like Epstein who’s kind of a celebrity, which can attract celebrities, which can be in part of conversations about world events about the most secret things.”

Do you think Howard’s accusations are possible?