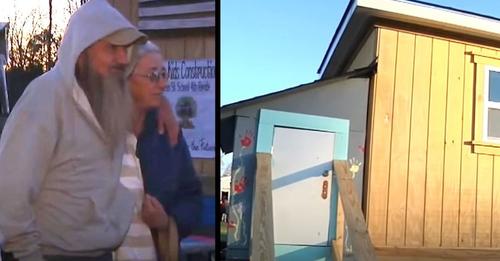 As we know, kids are capable of doing incredible things. In fact, some youngsters even go above and beyond what an adult might do.One group of students from a Georgia elementary school proved just how big-hearted and amazing children can be. So, what did they do?

They actually worked together to build a tiny house for a veteran and his wife. However, the act of kindness didn’t stop there.

A couple who needed a helping hand
Navy veteran Eddie Browning and his wife Cindy Browning had been praying for a new roof over their head. They were living in a camper that was in disrepair and had been damaged by a fire. They found themselves freezing during the cold weather.

“I don’t have the words to tell you what we feel,” a tearful Eddie Browning, 61, told Fox 5 Atlanta.

Students from Elm Street Elementary in Rome, GA and volunteers had constructed a tiny house for the couple and presented it to them at the Georgia Tiny House Festival in Eatonton at the Ooh La La Lavender Farm.

The Brownings were overwhelmed with joy to be presented with a new home and were shocked to hear that the effort came on behalf of school children.

The students had started their tiny house project, but were unable to present the Brownings with the home because they didn’t have a place to legally put it.

Luckily, organizers with the Georgia Tiny House Festival and Ooh La La Lavender Farms heard about their problem and allowed them to store it on the farm. 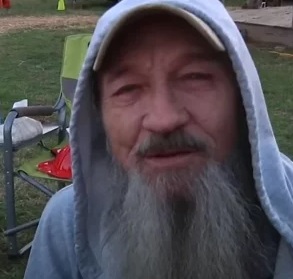 The generosity didn’t stop there.
They also helped them to add electricity, plumbing, and a larger extension to the house. So what started as a really tiny home for the veteran and his wife, grew even bigger.

Donors, volunteers, and corporate sponsors also pitched in to fill the house with amenities and make the tiny house legally habitable for the Brownings.

“[This] will be warm,” Eddie Browning told Fox 5 Atlanta. “We’ve been freezing to death.”

In the video, the kids are excited to give a tour of the 248 square foot home. As one student points out:

“We just made a little tiny house, but now it turned into a huge house.”

The residence has a kitchen, bathroom, bedroom, and appliances like a washer, dryer, refrigerator, and stove. Because of the new addition, the kids’ original tiny home was able to become a second bedroom for the couple.

After the festival, the tiny house will be brought back to the Brownings property in Norwood. The project was so successful that the Elm Street Elementary School will build a new house each year for a family in need.

They even have a motto for their endeavor, “tiny house, big dreams.”

You don’t have to be a certain age to do selfless things for others. These kids proved how big of a difference an act of kindness can make – and perhaps we should be taking a page out of their book.

Bravo to everyone involved in this story who helped change the lives of this deserving veteran and his wife.