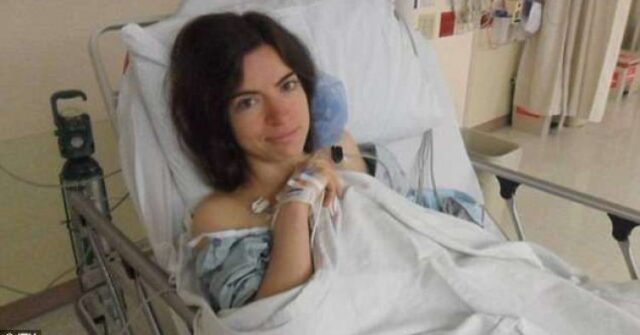 Most people do something, even if it’s small, to do their part to help save the environment, but this woman took one action that not everyone is agreeing with. Gwynn Mackellen, a recycling consultant from San Francisco, appeared on the show This Morning to talk about how she decided to get sterilized at age 31 in an effort to save the planet.

Mackellen explained her reasoning behind not having children, telling the interviewers that she would “feel bad” if she had kids because of the “negative impact” it would have on the planet. She noted: “I would feel bad bringing another person in the world.”

She added, “All the other choices that you can make [to help the environment] are very small in comparison. Once you have that person they have impact, and they could have offspring.” 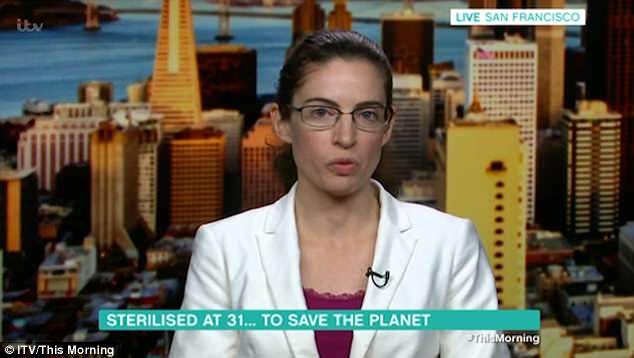 Additionally, she believes that her choice is a solid one, noting, “I didn’t ask to be born, so it wasn’t something I caused. But I feel responsible that any negative impact I have ends with me.”

When asked if she believes that other people are “selfish” for having children, she explained, “I don’t want to judge somebody else.”

What are the benefits for the environment if there are less children? Mackellen explained: “It’s something that’s just not talked about, even though it’s the most effective thing we can do to reduce our environmental impact.”

Among the many people who weighed in on the story on the Daily Mail were those who believe it’s her choice to make, but it didn’t have to be a public matter, with notes such as: “Personal choices don’t need public reasons” and “Individual choice, what does it matter if it was due to lack of maternal instinct or otherwise. It’s absolutely none of my business, since it’s not effecting me or others.”

Another commenter noted: “So what it’s her choice. More responsible this way then leaving pregnancy to chance.”

There were those who brought up birth rate statistics as well, as one commenter pointed out: “People need to look at the birth rate statistics around the world as this woman is not rare. 30% and rising of Japanese women are deciding to not get married or have kids and the rest of the women in the free world are following.” 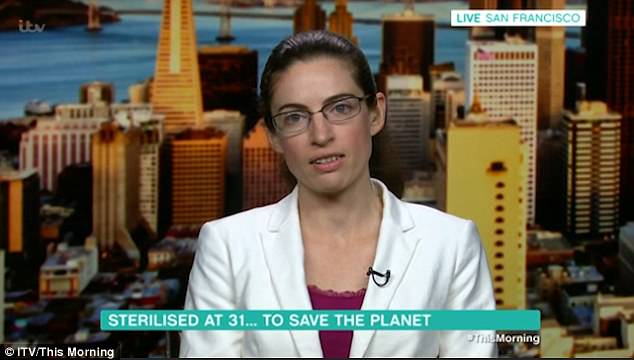 Others believed that it was a solid decision, as one commenter noted: “If people don’t want kids, they should be proactive in preventing pregnancy. Why make fun of her? Less unloved or resented kids being brought into the world is a positive.”

Still another agreed, saying, “She had her tubes tied, nothing newsworthy about that, and quite honestly if you don’t want kids, a good idea. Think of how many unwanted kids are out there because people don’t practice safe sex or measures fail. The world IS overpopulated.”

One person saw both sides of the argument, commenting: “I agree with some others on here that she should keep it to herself. However, she has a good point — especially with some seven billion people on this planet and the impact that the growing population has on this planet.”