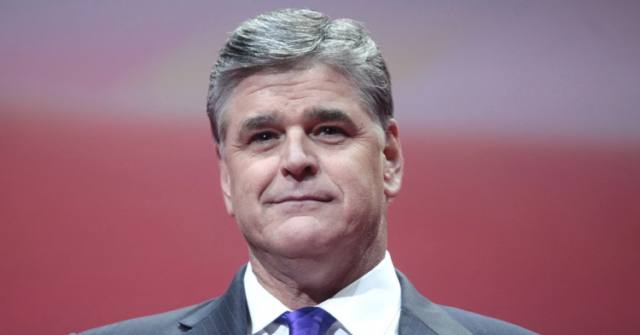 What Sean Hannity does off-camera is a mystery to views – until now. The Fox News host was caught on camera sucking on a vaporizer when he thought his show was on commercial break. Many people use vapes to consume tobacco products. However, vaporizers are increasingly popular among marijuana smokers, and vape cartridges are easily available at many marijuana dispensaries – in states that have legalized the sale of the plant.

Hannity was caught using a vape when the cameras came back on after his show’s commercial break. The host thought he had enough time to get one more hit of his vaporizer before resuming the show, but he was wrong and was caught in the act of vaping on Fox News. Someone on the set of the show managed to get Hannity’s attention, and the host quickly put aside the vape and resumed the program.

Meanwhile, Hannity has tried to downplay the incident. Nevertheless, other Fox News hosts are not letting him live it down. Fellow presenter, Laura Ingraham, teased Hannity about getting caught sucking on a vape by calling it “cute.” She added:

“Oh wait, am I on camera right now?” Ingraham teased as she drank from a water bottle. “Oh, hi.”

She added, “It happens to the best of us, Hannity. I mean, those little moments are cute, those are in the forever reel of the real Hannity — like, we want to know you.”

Curtis Houck tweeted: “OMG, Hannity just had his Gutfeld/peeing moment – he lost track of time during the last break, so he was still wearing his glasses and smoking a Juul. (Sorry for the jump cut at the 0:10 second mark during “Villain of the Day” — Snapstream recordings were switching to Ingraham).”

On Twitter, people have been pointing out the irony of Hannity being a known Trump supporter who has also said he would never try marijuana.

One person tweeted: “Hannity is a big ol’ hypocrite when it comes to pot and to vape… wait, that sounds dirty AF! Insert Vince McMahon Laugh here!!!”

Another Twitter user wrote: “As someone who vapes, Hannity’s vape habits are actually kind of weird.”

Many others on social media were quick to point out that Hannity was vaping a Juul brand product and not an e-cigarette like the ones used by tobacco smokers. The host told his audience in May 2018, he would never try marijuana but was open to vaping any kind of nicotine product.

Hannity has not commented on the incident with his vape since it happened last week. However, Hannity did tweet about cannabis in 2017, saying he would be “open” to medical marijuana if it helped a family member or friend suffering from serious illness and pain.

Since then, the Fox News host has not said anything about medical marijuana.

In the video below, you can see the moment Hannity was caught using a vape on camera. It is not clear whether or not he was using tobacco or marijuana products but was likely inhaling tobacco while on the Fox News set. Nevertheless, people on social media are outraged that Hannity is doing the same thing as pot smokers.