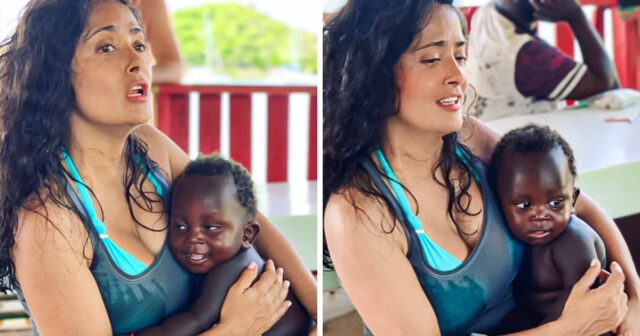 Before the invention of infant formula and feeding bottles, wet nursing was a common practice. Furthermore, a woman whose body produces something naturally has the option of using it in a powerful and positive way.

And it’s similar to what Frida star and long-time advocate for women’s rights Salma Hayek did by offering her milk to a stranger’s malnourished and hungry baby. 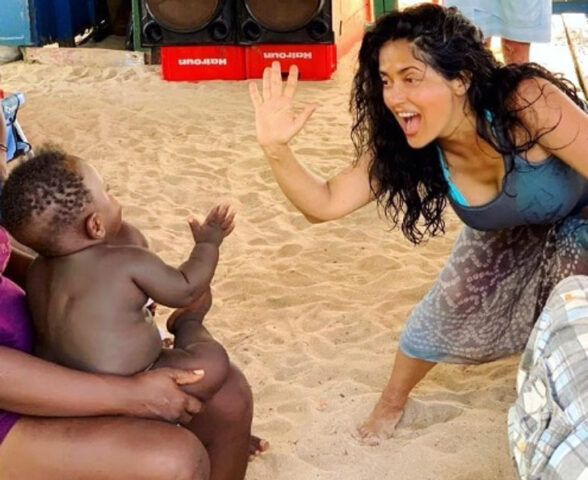 We adore celebrities who devote their lives to charity. And here’s a touching story about a Hollywood actress who demonstrates how little it takes to make a big difference.

Salma Hayek arrived in Sierra Leone in September 2008, not as a celebrity, but as a humanitarian, to participate in an African charity mission. She came across a mother who had run out of milk while touring a hospital.

Despite the presence of numerous camera crews, Hayek, who had a one-year-old daughter at the time, took the stranger’s malnourished one-week-old son and began breastfeeding him.

She admitted after the breastfeeding incident that she had mixed feelings about being disloyal to her own daughter by giving her milk away. She then assumed her daughter wouldn’t mind sharing her milk, but instead stated, “I actually think my baby would be very proud to be able to share her milk.” She also stated that when she grows up, she will encourage her to remain a generous and caring individual. “I think that’s the best thing I can give her as a mother,” she added proudly.

Furthermore, Hayek explained that helping a child in this way was a long-standing family tradition. In fact, her great-grandmother saved the starving baby of an inconsolably crying stranger many years ago in a Mexican village by breastfeeding the child, who immediately stopped crying. 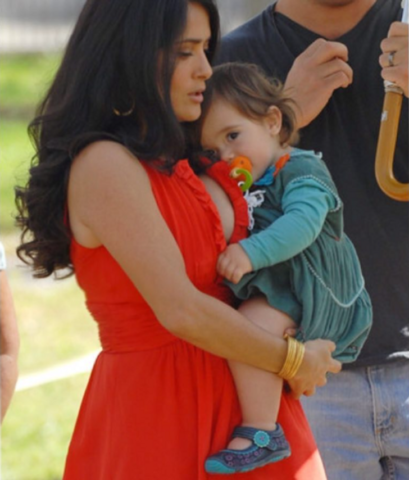 Hayek claimed that her decision to breastfeed a stranger’s child was also an attempt to reduce the stigma associated with breastfeeding. With this act of kindness, she also made a strong statement about how women should have a say and not be afraid of their bodies.

What are your thoughts on breastfeeding a child who is not your own? We’d love to hear your opinion in the comment section below.