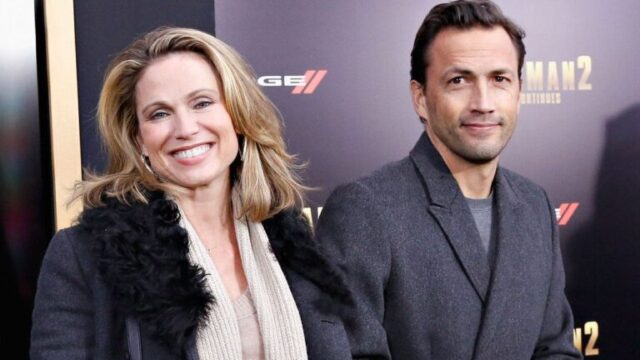 Amy Robach, ‘GMA’ host, has reported affair with co-host: What to know about her estranged husband Andrew Shue

An alleged extramarital affair between newscasters Amy Robach and T.J. Holmes has thrust actor Andrew Shue back into the spotlight.

Holmes and Robach, co-hosts on ABC’s “GMA3: What You Need to Know,” have been “locked in a passionate romance despite both being married to their respective spouses for the past 12 years,” the Daily Mail reported Wednesday in a story that included several intimate photos of the midday anchors taken throughout November.

They are not going to be disciplined for their relationship despite tabloid fixation, Fox News Digital has learned.

Robach has been married to Shue for the past 12 years. The two met at a book party in 2009 and married the following year, according to multiple reports. 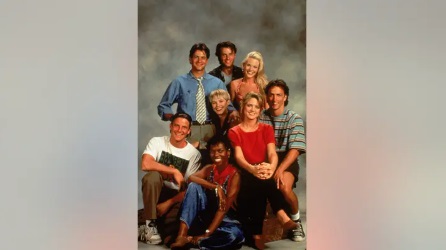 Before the bombshell photos outed the alleged relationship between Robach and Holmes, the news anchor put her home with Shue up for sale. The New York City apartment the two share was listed on Sept. 28 and went under contract on Nov. 18, according to city records.

Meanwhile, Holmes has been married to Marilee Fiebig since 2010.

Who is Andrew Shue?

Here is everything to know about the actor:

Andrew Shue, far right, and the rest of the cast of “Melrose Place.” (Getty Images)

Andrew Shue built a successful acting career in the wake of the popular show “Beverly Hills, 90210.” He’s most known for his role as Billy Campbell on “Melrose Place,” which was created as a spinoff series to “90210.”

He also landed roles in the films “Gracie” and “The Rainmaker” and appeared on “The Wonder Years.”

His sister is actress Elisabeth Shue

Andrew Shue’s acting career only blossomed at the push of his sister Elisabeth Shue. She’s known for her roles in “The Karate Kid,” “Adventures in Babysitting” and “Cocktail.” 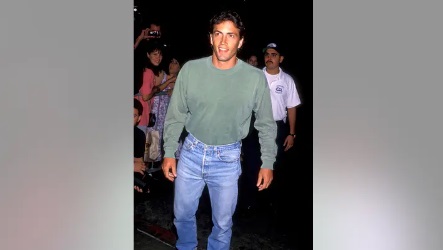 During the 1990s, Andrew Shue played soccer professionally. Following his college sports career at Dartmouth, he went on to play professionally for the Bulawayo Highlanders in the Zimbabwe Premier Soccer League.

Shue played for the Los Angeles Galaxy in 1996. He spent the next season on the injured reserve list and chose to retire from the sport the following year.

Before his time playing for Galaxy, Shue served as an ambassador for the FIFA World Cup in 1994.

Gives back to the community

Andrew Shue has been involved in charity in many ways since launching his acting career. He co-founded DoSomething, a non-profit organization that motivates young people to get involved in social causes.

Shue also helped launch Cafemom in 2006. The website, which has been described as the “MySpace for Moms,” gives advice and parenting news to moms and moms-to-be.

Andrew Shue co-wrote a children’s book in 2021 alongside Amy Robach. The two based the book, titled “Better Together,” on their own blended family.

“We felt that there was a story in our family’s story that could resonate with blended families, but also could just resonate with people in general in the country who are struggling a little bit to find the love and the common ground that we all share,” Shue told People magazine last year. 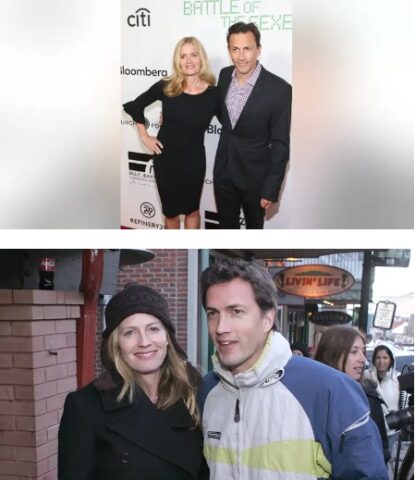 “We used to actually tell [our kids] stories, and especially the little ones, about the animals in our yard and how they all became a family together,” Robach added. “And so we used to joke and say, ‘One day we should write a children’s book about how family isn’t just about who you’re related to by blood, but who you choose to love, who you choose to respect, and who you choose to find common ground with.’”

He was married before his relationship with Amy Robach

Andrew Shue was married once before his relationship with Amy Robach began. Shue was previously married to floral designer Jennifer Hageney. The two tied the knot in 1994 and divorced in 2008.

Robach has two children from her previous marriage to Tim McIntosh. The former couple share daughters Ava and Annie.