Skip to content
Home Stories Roseanne Barr Proudly Wears Gray Hair — Despite People Calling Her ‘Old’, Her Partner Has Loved Her for 20 Years 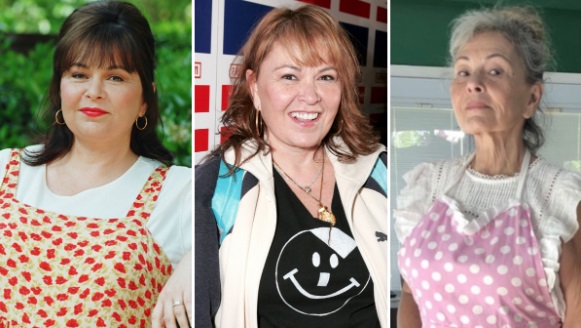 Former TV star Roseanne Barr is now in her seventies, and people are constantly body-shaming her on social media. Regardless, her significant other of two decades still embraces her despite her looks.

The acclaimed actress has embraced old age, but social media trolls have criticized her looks, called her names, and said she is old.

Over the years, Twitter users have taken to the platform and left negative remarks about Barr’s appearance and transgressions. “Roseanne Barr is an attention-seeking, washed up, old bird who is plain RACIST. She belongs to an America that should be forgotten forever,” one person tweeted.

Another said the comedian was “crazy old” and “needs to be ignored.” A third critic wrote, “When I call Roseanne Barr a fat pig, I’ll just blame Ambien.”

Barr had tried to stay out of the limelight since her scandal in May 2018, wherein she tweeted and then deleted a racist post about former Barack Obama adviser, Valerie Jarrett. 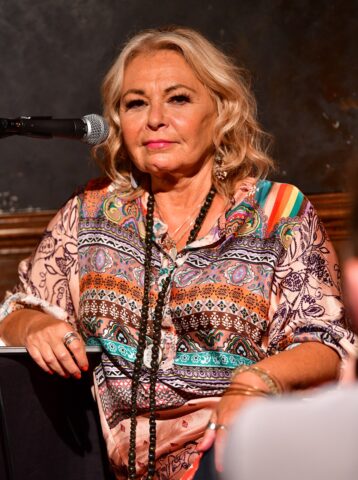 Following the backlash, Barr defended herself, saying she posted the tweet while taking Ambien, adding she did not know that Jarrett was Black.

The “Roseanne” alum has since made a social media comeback and shared an Instagram post in March 2021. The producer shared a photo of herself outside her home in Hawaii, wearing a red leopard print dress while striking a pose. She captioned it:

Barr has undergone a dramatic transformation, changing hairstyles, including dyeing her hair blonde. When she attended the 1987 American Comedy Awards, she donned a black jumpsuit with a then popular teased hair trend of the 80s.

She continued to experiment with her hair when she sported a mullet hairstyle in 1990 on the set of “Roseanne.” In 1994, for the show’s Season 6 photoshoot, Barr had bangs and a bow on her head.

In 2001, the Utah native wore a bob while donning a cheetah print coat for the Lane Bryant Fashion Show. Then she switched things up in 2005 when she ditched her dark-colored hair for a new blonde hairdo at the “Roseanne” DVD launch party.

Keeping up with the aging process, Barr started to embrace her natural gray hair on the red carpet of the TV Land Awards in 2008. In 2014, the writer stepped out on another red carpet event with curls in her hair and accessorized her all-black attire with cheetah gloves.

When Barr attended a charity event in 2015, she opted for an old Hollywood-inspired look and had her blonde hair cut short and pinned back.

Following her Twitter controversy in 2020, Barr started sharing images of herself on social media again, wearing her long gray hair in waves. Her most recent social media post, in 2021, saw her wearing a figure-hugging cheetah print dress as she sported her gray hair.

Per Closer Weekly, the award-winning Hollywood star got candid about her weight loss journey during an interview on the “TODAY” show in 2014: She said:

“I just want to keep getting healthy and let go of excess baggage to carry around, so I’m lighter on my feet and in my life.”

Barr Proudly Wears Gray Hair
Along with keeping healthy and letting go of excess baggage, Barr has made peace with aging and likes to wear her hair gray. Unlike other people, she is not afraid to accept that she is growing old. The former presidential candidate once said:

In January 2011, Barr wore her long gray hair for her appearance on the daytime TV show “Live! With Regis and Kelly” in New York. For the occasion, she opted for a white coat paired with black trousers and boots. She was promoting her book, “Roseannearchy: Dispatches From the Nut Farm,” published on January 4, 2011.

Barr also stated in March 2007 that she would stop dyeing and rock her gray hair full-time. Previously, she wore black or platinum blonde.

Who Is Her Loving Partner of 20 Years?
Another person who appreciates Barr’s looks is her romantic partner of twenty years, whom she met in 2002 when she ran a writing competition for her blog. She once talked about him in an interview with the Guardian in October 2008:

“My boyfriend and I are kindred spirits. He is feminine in a way. When he used to write for me, he lived in the desert. He was like a hermit just with his books.” 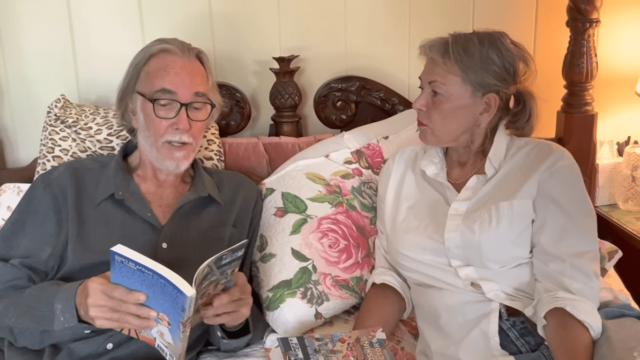 Barr revealed she and her lover spoke on the phone for 12 months before they met in person. “I fell in love with his voice,” she gushed. Before their initial meeting, he had never sent her a photo of himself, and she told him that it did not matter what he looked like.

Finally, they decided to meet, and she waited for him at the airport in the car. Barr admitted that she went gaga over him once he opened the door:

“I was thinking, ‘Why have I done this?’ He opened the door, and I almost lost my mind. He was the most handsome man I’ve ever seen.”

Barr’s longtime boyfriend is composer and writer Johnny Argent, whom she started dating in 2003. Although the couple never got hitched, they’ve been living together in Hawaii.

The “She-Devil” star has been married three times. She wed her first husband, actor Ben Pentland in 1974, but the pair divorced in 1990. They share daughters, Jessica and Jennifer, and a son, Jake Pentland.

Barr married for the second time to another actor, Tom Arnold, in 1990, and they divorced in 1994. The mother of five walked down the aisle for the third time with actor Ben Thomas in 1995. They welcomed a son named Buck Thomas together. However, they divorced in 2002. Barr is also a mom to a daughter named Brandi Brown.