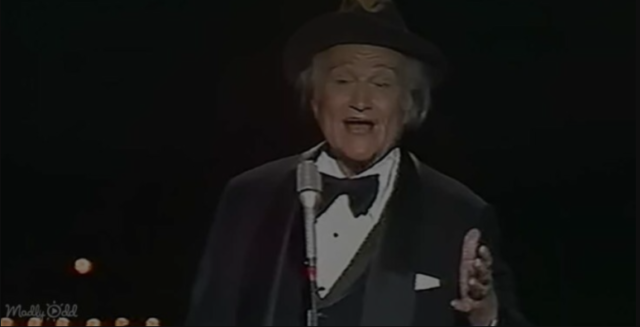 The 20th century was no stranger to hilarious entertainers. Stephen Fry, Robin Williams and Betty White had listeners rolling on the floor and laughing out loud. But one of the most loved entertainers for nearly four decades was Red Skelton.

Born over a century ago, Red Skelton was an entertainer above all other things. He had a wide and varying career that spanned radio shows, vaudeville acts and even burlesque performances.

Wherever Red brought his talents, he kept audiences smiling with his cheerful jokes and winning personality. This was especially true when he launched The Red Skelton Show, which later became The Red Skelton Hour.

This hit television series brought Red Skelton into the living rooms around the country. After over 20 years of performing, Red Skelton became a household favorite for old and young listeners.

For many listeners and viewers, it was that wide appeal that set Red Skelton apart from other comedians. Certain entertainers were meant for adults, but Red Skelton was a family-friendly alternative.

So, it is no surprise that many people who lived in the 20th century adored Red Skelton as he got older. And when he did appear for performances, he was received with open arms and standing applause.

Want to watch Red Skelton yourself? See what had 20th-century audiences captivated in this gut-busting appearance of a man who only became more hilarious as he got older.