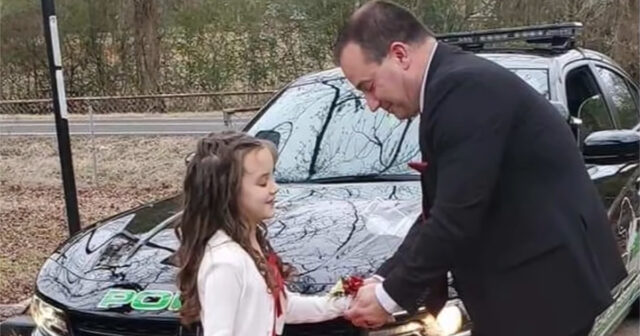 Who doesn’t know these lines from this 2004 Grammy Award Song of the Year?

“If I could steal one final glance, one final step
One final dance with him
I’d play a song that would never ever end
‘Cause I’d love, love, love to dance with my father again”

Yes, these lyrics are from Luther Vandross’ 2003 hit, ‘Dance with My Father’.

Whenever this song plays, people couldn’t help but be emotional, especially those who can relate.
It’s exactly what Corporal Nicol “Nick” Harvey felt when he saw the posters of Central Elementary School in Van Buren, Arkansas. It’s the announcement of the upcoming Father-Daughter dance, a much-awaited event for a lot of school-goers.

She has three daughters but all of them are already grown-ups. Sadly, he had no one to dance with at the event. He exclaimed, “I didn’t think I’d ever get to experience it again.”

Little did he know, everything was about to change.
As it turned out, there were a couple of little girls who didn’t have a father to accompany them to the event. So, Van Buren’s Police Chief Jamie Hammond decided to propose to the school his brilliant idea.

He thought about his police officers accompanying these girls so they could all attend the upcoming occasion. The next thing, Harvey and Hammond had a meeting with the school’s guidance counselor. Soon after, they learned about the sad story of an 8-year-old girl named Avey Cox.

Avey was in second grade when she lost her father in early 2020. 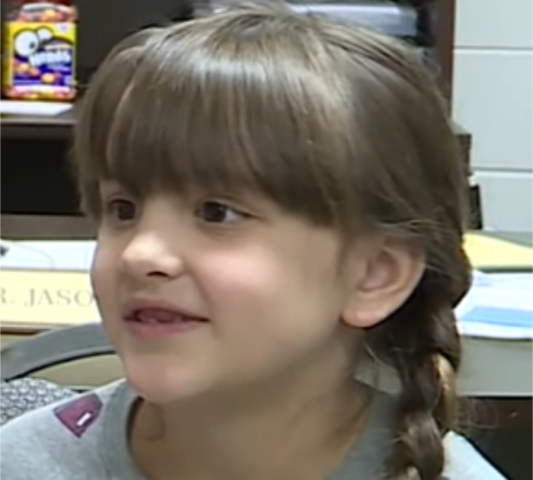 Losing a father at such a young age is truly heartbreaking, wouldn’t you agree?

Avey’s mom, Angelia Bernard, told TODAY, “They were very close. Avey wanted to go to the dance but didn’t have anyone to take her.”

Special occasions like this are important to any young girl. Having the chance to enjoy childhood while being accompanied by a parent, particularly by a father, is priceless. However, not every child is given this privilege.

Officer Harvey wasted no second and asked for Avey and her mom’s approval. 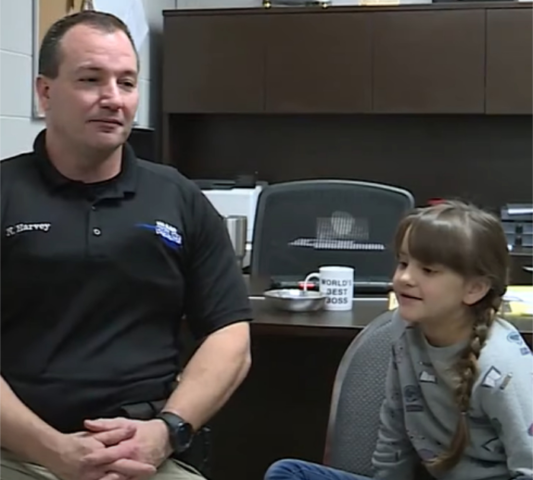 As expected. both the little girl and her mom agreed to the idea. Who wouldn’t? Frankly, not everyone would extend a helping hand. Some might just belittle such an issue and ignore it like it was nothing.

Avey then had a father figure to dance with to the event and Harvey also had the chance to reminisce the feeling of being able to dance with a daughter, it’s a WIN for them both.

“I bought a new tie and handkerchief to match Avey’s dress and I ordered a corsage,” said corporal Harvey. “Every time I saw her at school, she’d remind me of how many days it was until the dance.”

They even rented a Hummer limousine for the dance! 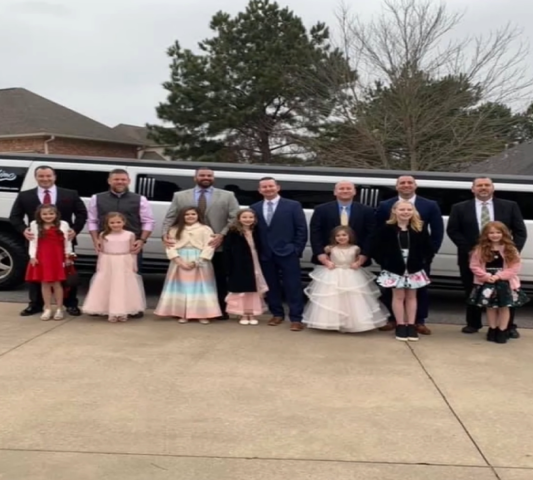 It’s all thanks to officer Harvey and five other dads who made it possible. They enjoyed their trip in the luxurious ride, all the while creating memories together.

Knowing that the little girl had never been in such a car, Harvey said, “It was nice to watch Avey just taking it all in.”

For corporal Harvey, the most memorable thing that they did was when they went to an ice cream shop after the dance. He really went above and beyond his duty, treated Avey like his own child. He made sure to give the second-grader the purest form of love a father could ever give to his daughter.

You don’t really need to be blood-related, anyone can be a dad in their own simple ways.
In fact, Harvey and Avey had an interaction with another little girl during the dance party.

He recalled that beautiful moment and said, “Another little girl that was with our party asked, ‘Is this your dad?’ and Avey said, ‘No, this is our school resource officer.”

“I looked at Avey, and then I said, ‘Well, tonight I’m her dad,’” the officer added. As he responded to the other girl’s question, Avey placed her head on the officer’s arm. It’s like a sign of agreement with what he answered.

It’s a priceless moment that they will both remember forever. 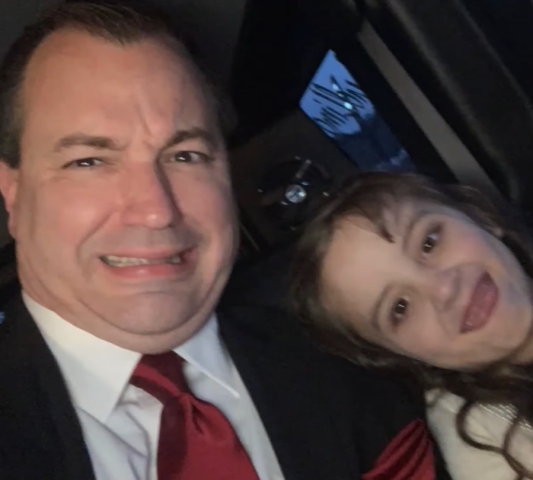 Reflecting on that unforgettable moment that they had, the corporal explained, “I know she’s not my kid, but for a couple of hours it felt like she really was. I even get to twirl her. We’ve really become best friends through all this.”

Angelia also shared that since the daddy-daughter dance, her little girl became more joyful and more positive about life.

“It was such a bright spot in the hard month we’ve had. Avey keeps saying it was the best night ever,” she explained

This beautiful story only proves that fathers play such an important role in their children’s lives, particularly during childhood. So for all the dads out there, savor every moment with them and don’t stop creating unforgettable memories together.

Watch the video below to know more about their special moment.
Please SHARE this with your friends and family.