Skip to content
Home Stories Nobody Believed Me When I Said He Sounds Like Johnny Cash. Then the Music Started 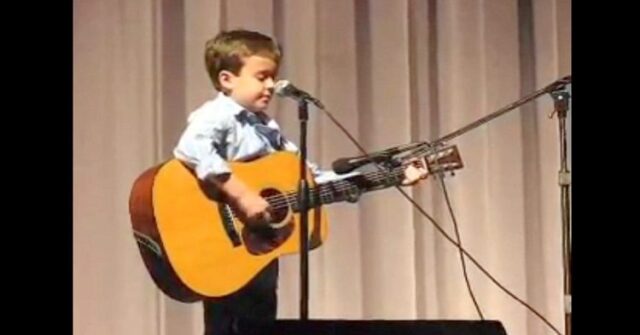 Johnny Cash is one of the best-selling music artists of all time. In addition to relating to the audience with his simple yet effective singing voice, he was also a master lyricist, managing to capture the pain and a hard-nosed attitude with nearly every song that he wrote.

But even old Johnny Cash didn’t wow a school talent show quite the way that “Little Johnny Cash” did.

Thanks to a video swirling around the internet, you can now watch it all happen. A young boy steps up to the stage at his school talent show. He’s got a guitar wrapped around him that might just be the same size as he is. It’s clear from the beginning that this bold seven-year-old was about to do something special. 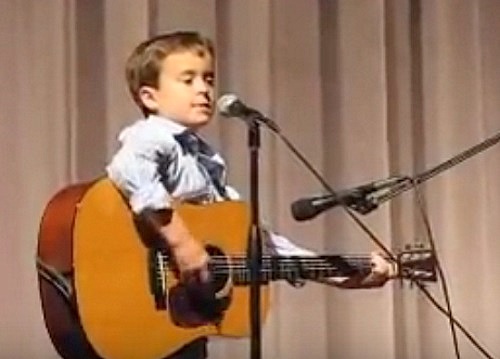 He introduces himself as “John” letting the crowd put two and two together. When he says that he’ll be playing Johnny Cash’s “Folsom Prison Blues,” the audience can’t help but wait impatiently.

For those of you who aren’t aware of this brilliant classic song, it’s about a man serving time in Folsom Prison. He even “…shot a man in Reno / just to watch him die.” So you might be able to understand the irony of it being sung by a seven-year-old.

The song continues as the unnamed narrator admits his guilty feelings and lets us know that he’ll “blow [his] blues away” if he ever gets out of there. Quite a song choice for little John.

Now, imagine those words coming out of a seven-year-old’s mouth. He’s got both the singing and the guitar chops to make the crowd hoot and holler. Little John wows them with his easy flowing guitar skills as well as his southern twang similar to that of the real Johnny Cash.

Little John goes along impressing the crowd and making them clap after he shoots a man in Reno, but they don’t really start going crazy until the guitar solo about halfway through the song. Wait until you hear this kid play! 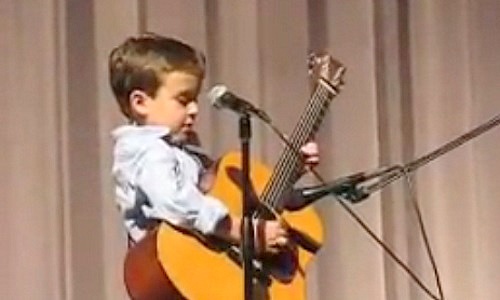 While posting Little John’s impressive performance on Youtube, the user disabled comments, but that didn’t stop over 1,000,000 tuning in to watch. More videos were eventually shared on that Youtube account, and finally, people were able to share their comments about his skills.

One user said, on his rendition of Flatt and Scruggs, “This lil bit has stolen my heart! So talented!” And I can’t help but agree. What an incredible performance by an incredible young man.

Let’s just say it’s easy to imagine little John going on to do big things with his guitar. We could use another Johnny Cash to bring us all together, and if he is only six years old, then all the better.

We’ll have plenty of time to enjoy each one of his performances. Let’s just hope that he doesn’t get too big too fast, and his concert tickets get out of our price range.

What did you think about little John’s performance? Does it remind you of any talented children that you know?