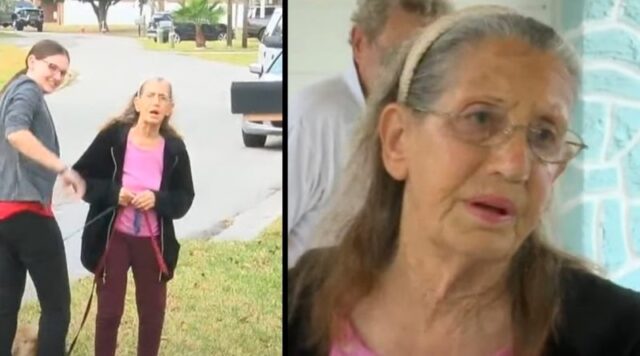 Some may say that the age of neighborhood relationships is over.While it’s true that people may not interact with their neighbors as much as they used to, is it fair to claim that the art of being a good neighbor is gone?Well, regardless of your feelings about it, THIS story is the perfect example of being a good neighbor and one that we can all recognize as an utterly selfless act.

Angie Tyma is an 89-year-old woman who was going through a bit of a rough patch.Tyma had been a long-time resident of her home in Hudson, Florida when she got some bad news.Tyma had sold the home to someone a few years back but still lived in the home herself.Totally without her knowledge, the person that had owned the home had moved to Europe and had totally stopped paying the mortgage!

Within a few months, the elderly woman learned that she was going to be forced to move and was being formally evicted.

Lost and not knowing what to do next
The house had officially gone into foreclosure, and Tyma had no idea what to do.

“I went through hell and back,” she told TODAY. “I’ve lived in this house for 35 years.”

Still, despite fighting and trying to make things work, the inevitable finally occurred.

Her home was taken from her
Incredibly, the authorities came and removed the elderly woman from her home of 35 years, tossing her out.

For the nearly 90-year-old woman, the future looked quite bleak.Without a job or a place to go, what was she going to do? 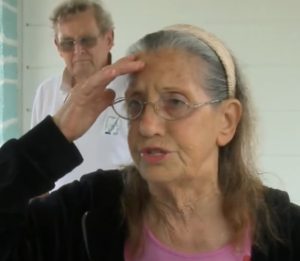 Then, something miraculous happened.

The neighbors were watching everything
Tyma had relationships with many of her neighbors, many of whom started noticing what was going on.

When they saw all of the things being removed from the home, they knew nothing good was going on.Danielle Calder, one of the neighbors that Tyma had a relationship with, asked around and learned what was happening.

Contacting the company, Calder asked what was going on and then did something rather incredible; she bought the home.

“Quite honestly, I didn’t need another house,” Calder, 65, told TODAY. “But I needed her. I couldn’t see her living in a motel room… she’s been here so long. Everyone looks out for her.”

The neighbor bought her home
In a move that would shock even the kindest of people, Calder decided to buy the home herself and place Tyma in it as her tenant.

Now, Calder was going to be a landlord!

Why go through such massive troubles to keep an elderly woman in a home she couldn’t afford?

The answer was simple: she is the glue that holds the neighborhood together. 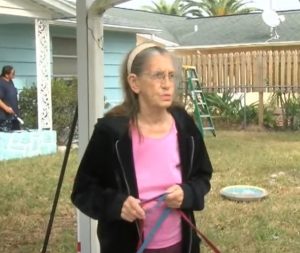 “Everybody knows Angie,” she said. “She has two little dogs that she walks. She’s an elderly woman, but she’s pretty feisty, and she has lots of energy.”

The neighborhood surprised Tyma with the house on her birthday, which was even freshly painted.

“Usually one of my neighbors bakes me a cake every year, but this time, when I got out of the car, and saw all these people, and the media… I was in a state of shock,” she said. “I was speechless. I couldn’t even talk.”

Now THAT is what’s called being a good neighbor!Few people would have gone as far as buying a home for a family member, let alone a neighbor.