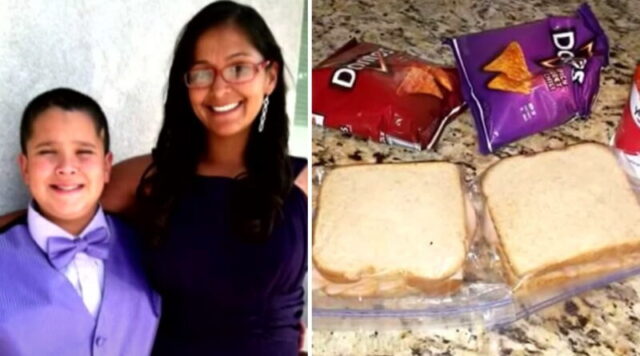 A lot of moms and dads are used to sending their kids to school with a homemade lunch. While it seems simple – not every parent is able to do so because of financial reasons.Sadly, millions of kids struggle with hunger in the U.S.When Josette Duran’s son Dylan came home from school one day and asked her if she could please pack him some extra snacks in his lunch for the following day, at first she was puzzled.

She had always packed him enough food, so it was confusing that he would need more.However, after Dylan explained his reasoning, the whole situation suddenly made a lot more sense.It turns out the extra food he asked for wasn’t actually for him at all, but instead for a fellow classmate that Dylan wanted to help out.

According to Inside Edition, during lunch that day, Dylan noticed another boy sitting alone eating only a fruit cup.

The other boy didn’t have enough money to buy a school lunch, and a small fruit cup was all the boy’s mom was able to afford.

SOURCE: PIXABAY – WOKANDAPIX
After hearing the story from Dylan, Josette knew what she had to do. No one deserves to go hungry, but unfortunately, the other boy’s mom had recently lost her job and was very low on cash. From that point forward, Josette started packing two lunches for Dylan to take to school every day.

Every lunch included a mix of two sandwiches, snacks, drinks, chips, and fruits, as well a very special note reading, “Have a great lunch boys!”. 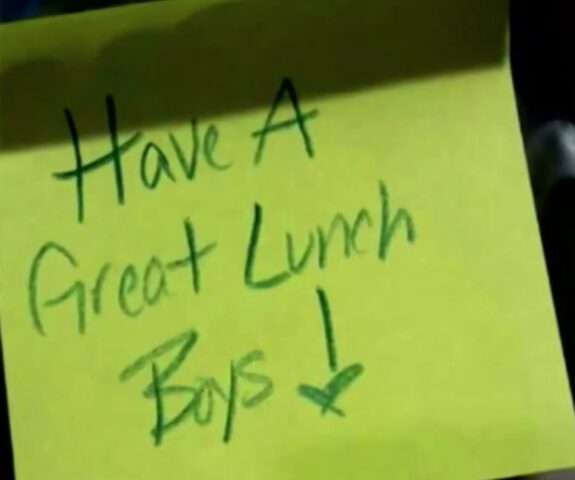 SOURCE: YOUTUBE – INSIDE EDITION
However, when interviewed Josette was very modest about her kind-hearted gesture.
“I don’t think I did anything special. You know, I just think that… I just did what a human being is supposed to do,” she told Inside Edition.

Eventually, Josette met the other boy’s mom in person.

The woman offered to repay her for the food in the future, but Josette wouldn’t accept any money.
She said she knew what it was like to fall on hard times. She had actually been homeless once herself in the past.

SOURCE: YOUTUBE – INSIDE EDITION
Josette is now the school volleyball coach, and she and the team worked together to raise money to help other kids in the school in a similar situation.
All the money they raised will go towards providing school lunches for everyone, making sure no child in their school ever goes hungry again. 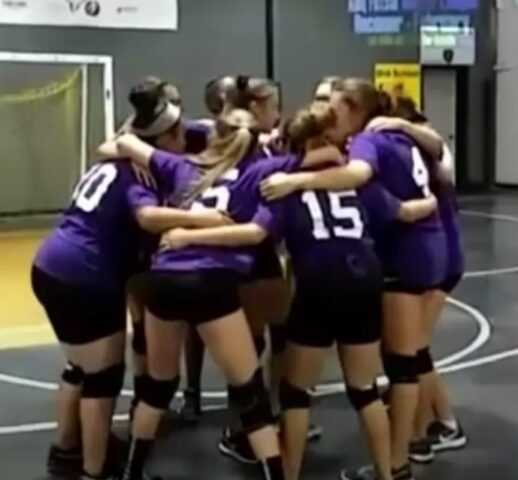 SOURCE: YOUTUBE – INSIDE EDITION
The whole story is very heartwarming, and Josette is right. As human beings, it is important that we look out for one another.
Giving assistance to other members of our communities is something we should all strive to do more of.

After all, things can change in an instant and you never know when you too could find yourself in a similar situation. In a second, a little bad luck can leave you just as down and out, in need of support from others around you, but that is life. We all go through rough patches every once in a while and no one is immune.

SOURCE: PIXABAY – JOSEPH REDFIELD NINO
Not only is it amazing everything Josette did, but Dylan too! If it weren’t for him having a big heart and wanting to help the student in the first place, his mom never would have known about the situation. Great job, kid!