Skip to content
Home Stories Meet Grace: a 7-year-old with Down syndrome who has a successful modeling career 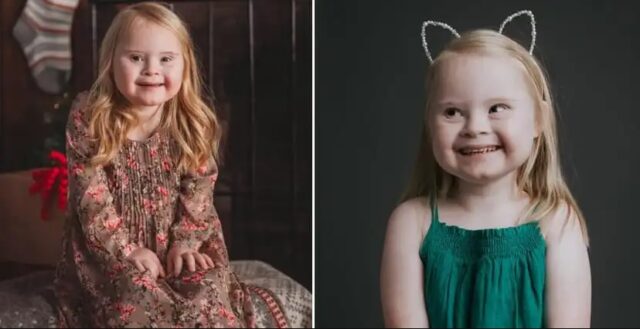 This adorable little girl’s path to a successful modelling career will make your day!

Parenting is hard in itself, but being a parent to a child with a disability is much more challenging. Nevertheless, it is a rewarding experience that Cheryl and John Wharton wouldn’t trade for anything else, because they were blessed with their wonderful daughter, Grace Isabella.

Grace Isabella Wharton, a child modelling with Down syndrome
Grace was born with Down syndrome, but the girl has proven to everyone that she is not defined by her condition, as she’s already built a successful modelling career at the tender age of 7!

Despite the good position that she’s in right now, Grace’s condition wasn’t an easy discovery for her parents. Upon learning that they would have a daughter with Down syndrome, Cheryl admitted that she cried for 24 hours. 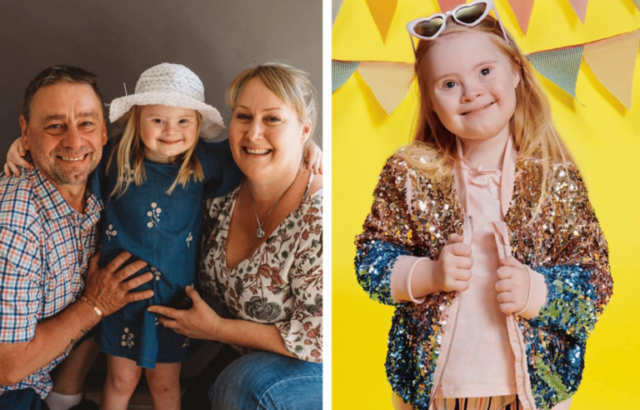 “Of course, I was devastated at first. There’s such a lot of negativity surrounding Down Syndrome. I cried for 24 hours,” she explained.

But as it turns out, Cheryl had nothing to cry about as seven years later, her daughter is already a successful model!

“Grace absolutely loves being in front of the camera. Everyone has always said she’s really cute and she loves posing, she loves showing off her catwalk modelling,” she said.

Grace with her parents Cherly and John Wharton
Facebook
The following morning, Cheryl and John realized that no matter what, Grace is their baby. And from that moment on, the couple learned to celebrate everything about their incredible daughter.

Cheryl saw Grace’s modelling potential when she noticed that she loved attention and being in front of the camera. Then, a window of opportunity appeared when they saw an advertisement on Facebook asking for a model with a disability.

Cheryl’s instant thought was: “Why not?” A couple of weeks later, they were invited to Grace’s first official photoshoot.

I consent to receiving emails and personalized ads.
During that first day, everyone knew that Grace had found her calling.

“Grace was then signed up within a very short space of time. Disney showed interest in her and she’s done work with them, CBeebies and the BBC since. She’s been really busy,” Cheryl said.

And it was definitely a good kind of busy.

Now, Grace is working for Zebedee Management, a company that represents models with disabilities.

Aside from her success in the modeling realm, Grace is also performing well in school, in fact, she has become one of the most popular members of her class because of her sunny personality.

“I am very lucky because I have had Grace in my class for two years now. She astounds me on a day-to-day basis. She is a bundle of energy and is fiercely independent. Grace is probably the most popular member of her class – everybody wants to be her friend.”

Grace is still going through some struggles of her own, such as those involving her speech and communication.

“Grace has been through a lot since she was born. She has had some major surgeries, but she’s never been really ill. I would say Grace’s biggest struggle is probably her speech. People with Down Syndrome have low muscle tone, which also affects the muscles in their mouths. Grace is talking, which we are thrilled about. Sometimes she is hard to understand, but she gets there in the end. And hopefully her speech continues to improve,” Cheryl said.

Way to go Grace! Congratulations on your successful modelling career, and if you want to see more of her, watch the video below.