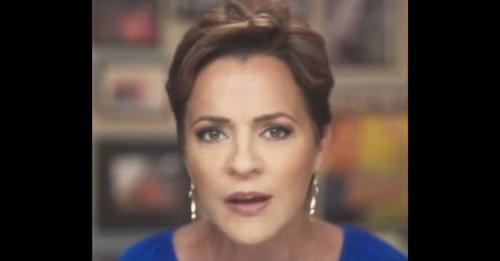 After Kari Lake’s challenge of the 2022 Arizona election was ended by a state judge, Democrat Katie Hobbs demanded that the court punish Lake.

But the judge handed Lake a victory by denying the punishment.

On Tuesday, Maricopa County Judge Peter Thompson turned down Hobbs’ request that the court hit Lake with sanctions because she brought her case in “bad faith,” according to KSAZ-TV.

Sanctions are aimed at punishing someone but are also meant to act as a warning to others not to bring similar suits in the future.

In other words, Hobbs was hoping to make sure no one would ever challenge an election in the future.

“Enough really is enough. It is past time to end unfounded attacks on elections and unwarranted accusations against elections officials,” a portion of Hobbs’ motion read.

“This matter was brought without any legitimate justification, let alone a substantial one.”

The judge, though, disagreed.

“There is no doubt that each side believes firmly in its position and with great conviction,” Thompson wrote.

While Thompson did not think Lake brought her suit in bad faith, he did throw it out.

In his Saturday decision, he found that Lake didn’t have clear evidence of widespread misconduct that could have changed the results of the 2022 election for governor.

“She will be a puppet.” pic.twitter.com/Okh9HZvjf0

But Thompson only gave Lake two days at trial to bring her case for a revote in Maricopa County. He also ruled that Lake would have to pay $33,040.50 in Hobbs’ legal fees.

“Those costs include $28,351 in fees for expert witnesses called by Hobbs and $4,689.50 in compensation paid to Hobbs’s representative who attended ballot inspections prior to trial,” The Hill reported.

Lake has vowed to appeal the judge’s dismissal of her case and blasted Hobbs for pushing for sanctions.

“Defendants’ motion for sanctions is not supported by case law or the record.

Trust in the election process is not furthered by punishing those who bring legitimate claims as Plaintiff did here. In fact, sanctioning Plaintiff would have the opposite effect,” an official court filing from Lake read.

During an appearance on Steve Bannon’s “War Room” podcast, Lake went on the att.ack.

“She will be a puppet, and she has zero plans. She wouldn’t even appear on a debate stage and respect the people of this state enough to tell them what her plans are. It’s despicable. And this is the reason they had to steal the election,” Lake told Bannon on Tuesday.

Lake is holding true to her promise that she would not give up her fight. She deserves praise for her courage.