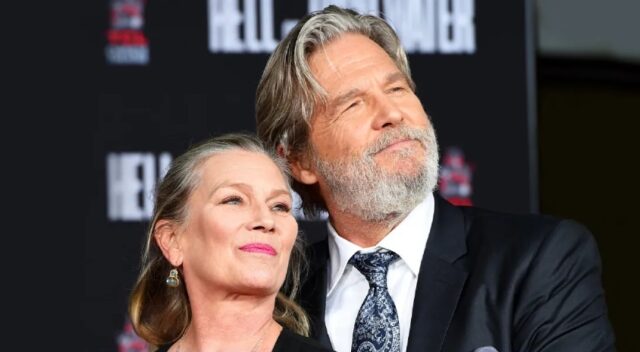 Jeff Bridges beat two diseases only because his wife of 45 years was his main pillar and didn’t let him give up.

Jeff’s wife helped him to re-learn to stand on his feet again so he could walk their daughter down the aisle.
Turning 73, the actor is grateful for a new life with his beautiful family – wife, three children, and three grandchildren.
On December 4, 2022, Jeff Bridges celebrated his 73rd birthday with his beloved wife of 45 years, Susan Geston. Besides having an incredible Hollywood career, the star was also a loving husband and a family man.

The “King Kong” actor was also one of the few celebrities with one of the longest marriages by Hollywood standards. Jeff and Geston have been married since 1977 and have been going strong. 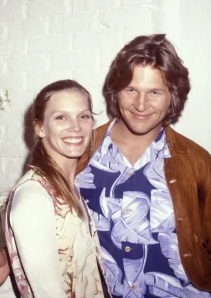 The “Masked and Anonymous” actor, born on December 4, 1949, met his wife in Chico Hot Springs outside Livingston, Montana, while filming 1975’s “Rancho Montana.” During one of the scenes, his eyes fell on a beautiful girl with two black eyes and a broken nose.

He was unsure whether she was a waitress or a maid, but he was confident that despite her injuries — from an accident, as he would later learn — she was gorgeous. It was love at first sight for Jeff but a different case for Geston. 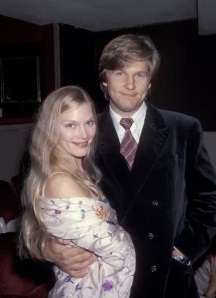 After work, the “The Fisher King” actor gathered the courage to ask her out, and she turned him down twice. “No,” she said, “it’s a small town; maybe we’ll run into each other later.”

Later came sooner than the “Tron: Legacy” star had anticipated, and only a few days after their first meeting, during the wrap party, the two danced the night away and fell in love. 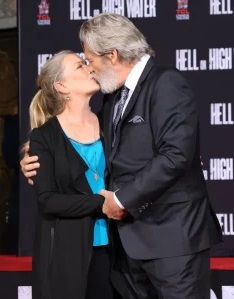 They married on June 5, 1977, and have had a beautiful union for decades, culminating in the arrival of their three daughters; Hayley Roselouise, Isabelle Bridges Boesch, and Jessica Lily. The “Crazy Heart” actor once said:

“We know we’ll experience our stuff, have tough times, but we’re doing it together.”

Choosing the right person to spend the rest of his life with served Jeff well over the years. The “Iron Man” actor’s wife was his strength when he encountered two health scares.

Jeff and Geston’s marriage had no qualms, especially regarding supporting each other through life’s challenges. One such challenge occurred when the actor got a cancer diagnosis in 2020.

He then let his followers know that he would be starting treatment and would update them on the developments. In a similar post on his Instagram, Jeff thanked his family for their love and support, saying he was profoundly grateful.

Geston opened up about the diagnosis, saying they became numb after but immediately began doing what needed to be done. The actor soon started his chemotherapy, and a short while after, they announced that the tumor had begun to shrink.

Jeff would often update his fans and followers on his improvements, noting when he shaved his head, got a puppy, and celebrated his 71st birthday. Through it all, what remained a constant was the support he received from his wife, but unfortunately, he was soon tackling life or death.

How Did Jeff’s Wife Demand That Doctors Save His Life?
All was going well, and Jeff’s health had improved tremendously until a doctor’s report changed everything. In January 2021, a month after starting chemotherapy, the star received a notice from his health provider that he may have been exposed to the COVID-19 virus at the treatment center.