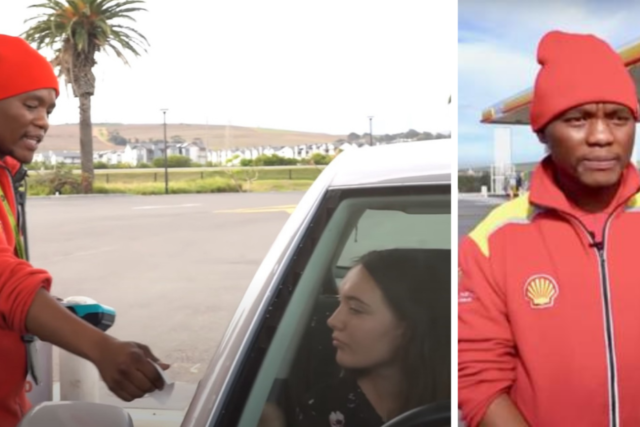 People truly can be lifesavers sometimes, even if they’re complete and total strangers.When a woman was stranded on the highway without gas or money and no way to get back home, a gas attendant managed to help her out.When Monet van Deventer from Cape Town, South Africa went to refuel, she quickly realized she didn’t have any cash or cards on her.

She only found out that she forgot her card before actually tanking the gas, but the attendant Nkosikho Mbele was extremely understanding and acknowledged that this woman found herself in a bit of a predicament.When he walked up the vehicle to wash the windows, Monet immediately tried to stop him.

“I had this strange feeling that I forgot my card. I then started looking for it, and while I was searching, Nkosikho started washing my windows,” van Deventer said to Times Live.

She explained that he didn’t have to clean her windows, as she forgot her card and wouldn’t be able to pay. However, the worker noticed the red warning light of her fuel gauge and wasn’t just about to let her drive off. 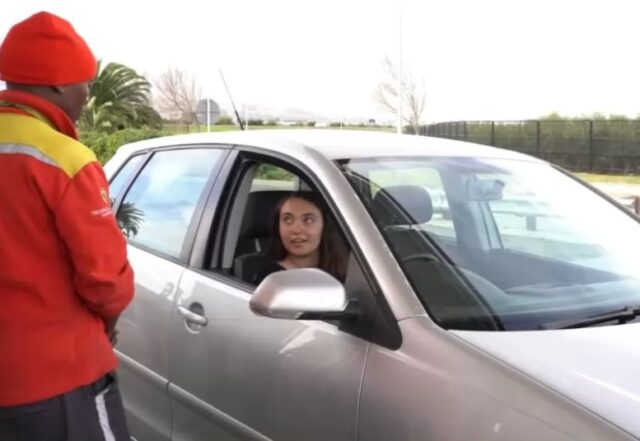 SOURCE: YOUTUBE SCREENSHOT – NEWS24
“I said to him, thanks for washing my windows but I can’t put petrol in today. He seemed stressed and shocked because he was looking at my fuel needle which was already in the red,” she added.

The 28-year-old gas worker simply couldn’t let this stranded woman back on the highway, it could potentially be dangerous. That’s why he made her a very kind offer: he agreed to pay her gas bill of about a hundred rands (roughly seven USD) so she could safely travel across the N2 highway with enough petrol.

He grabbed his own bank card, went to the register, and paid for some gas.

He started filling up her fuel tank and insisted to help this woman out.
At first, she actually thought that it was something that the company Shell provided, with a lot of extra costs, but it was purely a personal transaction.

“I thought, perhaps it was a business thing that Shell does this for you and then I saw him literally take his own card and pay for it. When I drove away it dawned on me what just happened.”

Mbele works for minimum mage, and the bill was almost as much money as he made in a single day. 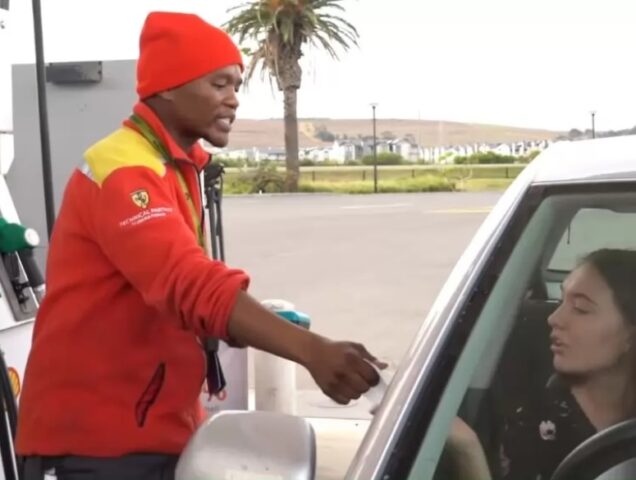 SOURCE: YOUTUBE SCREENSHOT – NEWS24
With a paycheck of 1,100R (around $75) every week, it’s not like the gas attendant had a lot of money to spare. He wasn’t sure that he’d ever see his money back, but he couldn’t risk the woman becoming stranded.

“I asked her how low is the fuel, and she said it was low. I asked her, ‘will you make it?’, and she said: ‘I’m not sure.’ I said let me just do this for you,” Mbele later said to Times Live.

A couple of days later, the woman returned with his money with a box of chocolates. 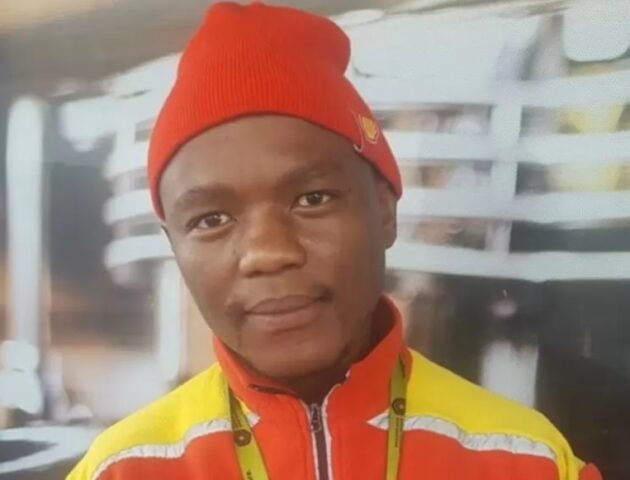 SOURCE: YOUTUBE SCREENSHOT – NEWS24
However, the surprise didn’t stop at a single box of chocolates.

Monet posted this story on her Facebook page, and it quickly went viral with thousands of people praising the man. She then decided to start a fundraiser for him, which had massive success.

“Since Nkosikho saved my life I would love to do something in return for him,” she wrote on the fundraiser page. “His 2 children, mom and brother lives with him in Khayelitsha and he will really benefit from any donations.”

The fundraiser was closed with around $94,000 dollars gathered, an absolutely incredible amount for the gas attendant – equivalent to about eight years of salary. And the story actually made rounds higher up in the company as well, who nominated him for the Regional Service Excellence Award.

Shell also promised that they would donate $35,000 to a local charity of the man’s choice.

“I’ve seen the good news and wanted to call and congratulate you for the good work you have done,” chairman Hloniphizwe Mtolo told Mbele. “We have decided to respond to what the public has done and donate half a million rand to a charity that you will choose.”

It’s amazing how one small act of kindness can go such a long way!