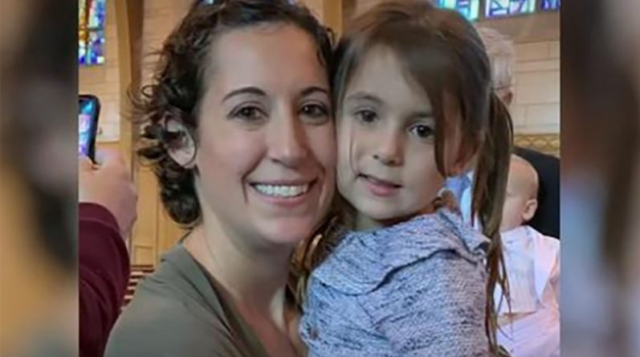 Four-year-old Isla Glaser was home with her mom and siblings when something happened that would have scared the bravest of adults.

The youngster walked into the kitchen and found her mom Haley Glaser unconscious on the floor.

Isla was at her Franklin Township, New Jersey, home with her 2-year-old sister and 1-year-old twin brothers when her mom had the medical episode.

Despite being only 4 years old she bravely sprung into action and called 911.
YouTube

Then she said that her eyes were closed, she was not sleeping, and that they were in the kitchen.

She stayed on the line calmly answering questions, letting the dispatcher know where she lived and that her dad was at work.

Isla then managed to open the locked front door of the house when emergency services arrived, calling the family dogs off as they entered the house. She even fed her younger siblings and kept them calm.
YouTube

Haley was rushed to hospital where she spent several days recovering from a bacterial infection, according to News 12 New Jersey.

Haley and her husband have taught their older children what to do should anything like this happen; an important life skill especially as Isla’s mom suffers from a medical condition.

“She easily could have been scared, and she was faced with a really potentially dangerous and scary situation, but she handled herself with complete and utter control and composure,” her proud mom told ABC News.

4-year-old honored for calling 911 after her mom collapsed, likely saving her life
YouTube
The local police department was so impressed with Isla’s heroic actions that they organized an event to honor her.

“I know adults that cannot handle this type of an incident with that much bravery, poise, and distinction,” Lt Phillip Rizzo of Franklin Township Police said.

The girl was praised for her “brave and heroic efforts” and was made an honorary junior police officer.

At just 4 years old Isla was faced with a situation that would send most of us into a panic, but she remained completely calm. She’s a superhero. Please share.