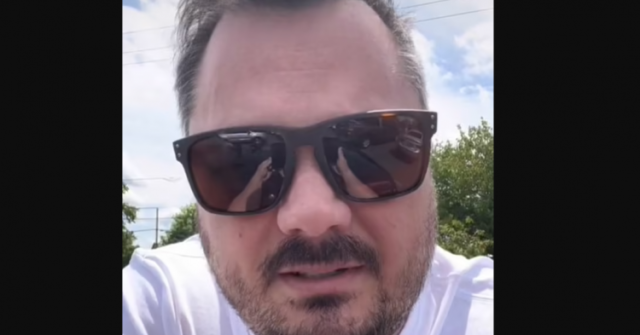 The day after twenty-one people were m*rdered at an elementary school in Uvalde, Texas, a former Marine turned to social media to show off how he was destroying his AR-15 assault rifle and h*ndgun. Because 37-year-old Ben Beers was so outraged to hear that innocent elementary school children were m*rdered in cold blood, he posted a video of himself handing over his rifle and h*ndgun to the Hillsboro Police Department in Oregon so the guns could not do any harm.

Beers handed over his guns the day after the school shooting at Robb Elementary School in Uvalde. 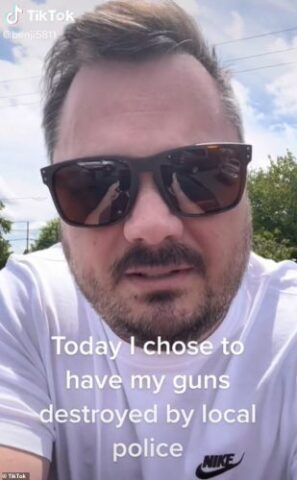 “Today, I’m turning in my weapons to the Hillsborough Police Department, both my AR-15 and my 9MM h*ndgun. I no longer want them,” he said in his now-viral TikTok video.

Beers showed off his weapons in the back of his truck before entering the Hillsboro police station, where they were seized. He showed the paperwork he signed allowing the police to take his weapons so they could never be used in a mass shooting.

Beers wanted to get rid of his guns following the Ulvade mass shooting by 18-year-old Salvador Ramos, who m*rdered nineteen innocent children and two of their teachers.

“I was up all night, tossing and turning, crying and shaking,” Beers told KGW. 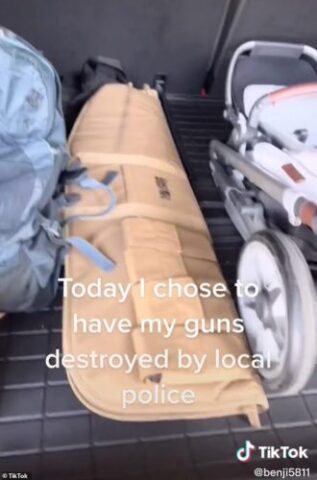 Although the Marine veteran bought and sold guns for years, the mass shooting in Texas was the final straw. After seeing how so many innocent children could be killed because the wrong person was able to obtain firearms, he wanted to be part of the solution.

He said, “I just want to turn them in (and) have them destroyed.”

So far, the former Marine’s TikTok video has amassed more than 200,000 views and counting. It has been very influential among conservative viewers who are beginning to see the value of gun control now that so many people are dying in mass shootings.

“Hopefully, soon, we can all wake up and realize this needs to be done… this is an idea. Guns are not as precious to us and nor are my Second Amendment rights as the lives of my children in school,” the former Marine told KGW.

Mass shootings are becoming extremely common in the United States. Nevertheless, gun control laws are few and far between despite evidence suggesting that they would help reduce the number of innocent people m*rdered in killing sprees.

“I couldn’t help but think there are too many other schools, too many other everyday places that have become killing fields, battlefields, here in America,” President Joe Biden said.