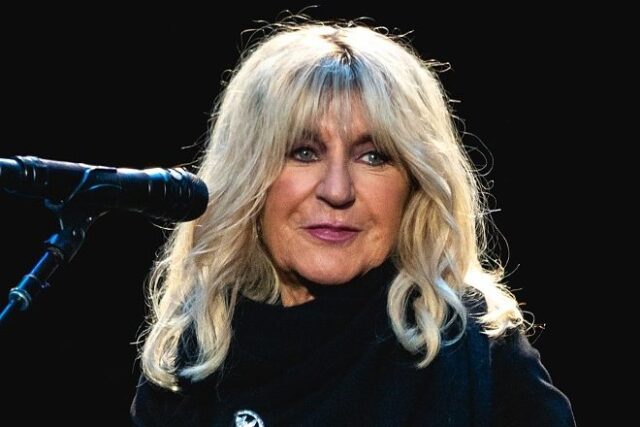 Christine McVie of Fleetwood Mac has passed away at the age of 79. Christine was with her family at the time of her death.

Christine’s family released the following statement: “She passed away peacefully at hospital this morning, Wednesday, November 30th 2022, following a short illness. She was in the company of her family.”

The statement continues, “We kindly ask that you respect the family’s privacy at this extremely painful time, and we would like everyone to keep Christine in their hearts and remember the life of an incredible human being, and revered musician who was loved universally.”

The surviving members of Fleetwood Mac also released a statement. They commented, “There are no words to describe our sadness at the passing of Christine McVie. She was truly one-of-a-kind, special and talented beyond measure. She was the best musician anyone could have in their band and the best friend anyone could have in their life. We were so lucky to have a life with her. Individually and together, we cherished Christine deeply and are thankful for the amazing memories we have. She will be so very missed.”

Christine began her career in the band Chicken Shack before marrying John McVie in 1968 and joining Fleetwood Mac in 1970. Christine predated Stevie Nicks and Lindsey Buckingham and later said of the era after the two joined, “We had our fights here and there, but there was nothing like the music or the intensity onstage.

We weren’t doing anything in Britain, so just decamped to America and fell into this huge musical odyssey.”

Christine took a break from the band in 1998, explaining to The Guardian, “I just wanted to embrace being in the English countryside and not have to troop around on the road.” She returned in 2014.

There’s more about Christine in the video below.