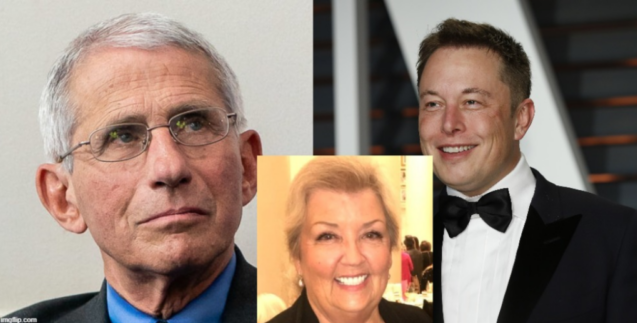 Elon Musk is continuing to gloriously run roughshod over the self-styled elites, and his latest hint of what’s coming down the pike is perhaps the most promising yet.

After releasing troves of information to independent journalists that revealed the long-suspected, and seemingly illegal, partnership between allegedly private Big Tech companies and the corrupt federal government, Elon Musk is now openly hinting at one of the biggest bombshells yet.

One thing’s for sure, it won’t be boring.

The thread begins simply enough. “Hope you’re having a great day 1 2023! One thing’s for sure, it won’t be boring,” Musk tweeted out on the first of the year.

Juanita Broaddrick replied back in a way that spoke for many of us, asking when the Fauci Files will be released by Twitter to show the sort of censorship that he was calling for. “Waiting… … for #FauciFiles,” she said. As he is wont to do, Musk replied to Ms. Broaddrick with just three words. “Later this week.”

The thread follows a history of Musk mocking Anthony Fauci, the now-retired director of the NIAID who was seen as the architect of the government’s heavy-handed response to the Covid pandemic when it first went into overdrive in March of 2020.

Gad Saad, a prominent and well-respected evolutionary behavioral scientist, tweeted previously that “The science is anything that His Eminence Lord Fauci says it is. His Excellency is science.”

Musk responded by knocking the diminutive Fauci a few pegs lower, deriding him by commenting, “Anyone who says that questioning them is questioning science itself cannot be regarded as a scientist.”

Elon Musk, through his Twitter Files, has also found out that Twitter employees used to have a “Fauci Fan Club” and that he was instituting a new science policy which followed a basic premise: “To follow science, which necessarily includes reasoned questioning of the science,” shared in a tweet.

Fox Business wrote that the Twitter Files, now the name for the collective information and publications from journalists, has covered various topics ranging from the Hunter Biden laptop story being squashed at the direction of the FBI to the company’s decision to ban Donald Trump from the platform after the events of January 6th.

In what is now called the “Twitter Files,” journalists tapped by Musk address various controversies including internal discussions at Twitter regarding the censorship of the Hunter Biden laptop story during the 2022 [sic] presidential election and the social media company’s decision to ban former President Trump from tweeting after his role in the Capitol invasion on Jan. 6, 2021.

So far, each of the Twitter Files, as reported in individual threads, have confirmed what many people long knew or suspected. If Elon Musk intends to release the dirt on Fauci, the only logical explanation is that Twitter and Fauci had something to hide.

This should be good.