Skip to content
Home Stories Elon Musk Puts Jeffrey Epstein’s Friends And Clients On Notice With Powerful Move: ‘Shouldn’t At Least One Of Them Go Down?’ 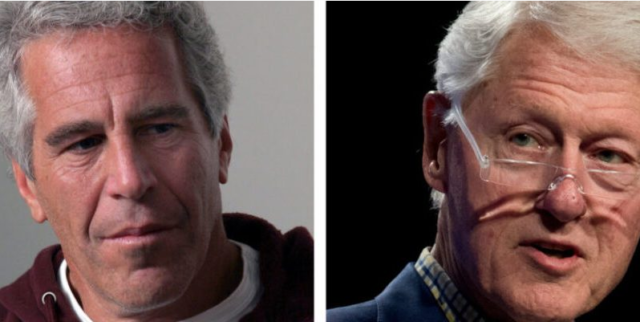 Musk Puts Epstein’s Friends, Clients On Notice With Powerful Move: ‘Shouldn’t One Of Them Go Down?’

Now, a new salacious story from Business Insider states Musk and Ghislaine Maxwell, who was sentenced to 20 years in prison after being found guilty of sex-trafficking girls for Jeffrey Epstein, had at least one conversation at an event in 2014.

“The photo was taken in 2014 at the Vanity Fair Oscar Party in California, but it didn’t make a splash on social media until 2020 when Musk took to Twitter to say he didn’t know Maxwell ‘at all.’ The staffer, who chose to remain anonymous due to potential repercussions, said the pair also discussed aliens and Musk brought up his theory that reality could be a simulation. The photo of the billionaire alongside Maxwell, a known associate of Jeffrey Epstein, was widely shared on Twitter earlier this year as well after the billionaire initially offered to buy Twitter for $44 billion in April,” BI reported. 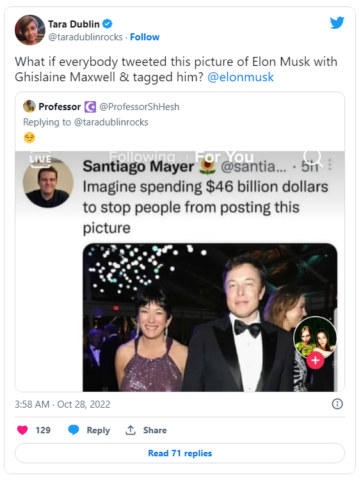 Coincidentally, the image showed up on Twitter again this week, but the social media outlet attached a new “context” note as part of Twitter’s new feature Birdwatch, which aims to curb misinformation on the platform.
“She photo-bombed me once at a Vanity Fair party several years ago,” he tweeted in July 2020. “Real question is why VF invited her in the first place.” 0:11 / 4:12

A tweet featuring the photo had a note at the bottom that said: “The photo of Musk and Maxwell was captured at the Vanity Fair Oscar Party in 2014. It’s the only picture of the pair. There’s no photo evidence that suggests they conversed. 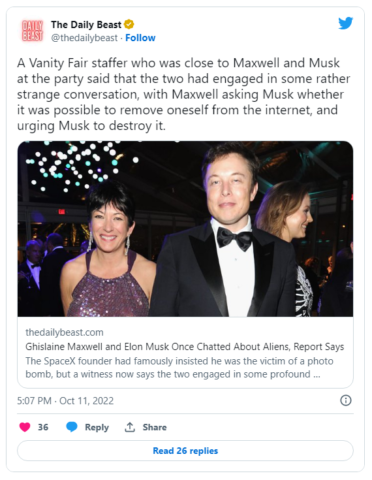 Musk later responded about the picture and said he didn’t know Maxwell, and that she ‘photobombed’ him.” 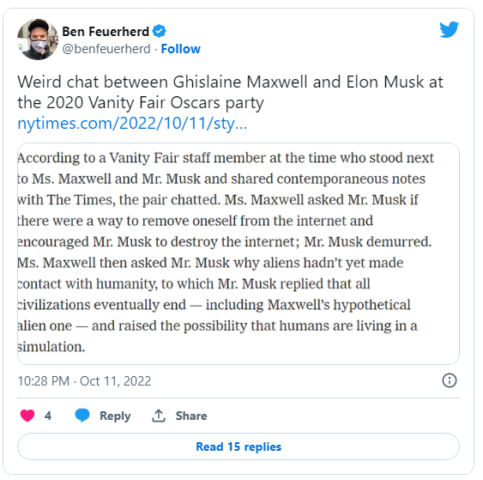 Interestingly enough, Musk went viral a few months ago when he fired a warning shot at friends and associates of Epstein.

However, one big thing remains:

What about Jeffrey Epstein’s clients and friends. We know he hung out with high-powered wealthy men like Bill Clinton and Bill Gates.

Those two and others like Wall Street titan Leon Black are all saying they had no idea what Jeffrey Epstein was doing and regret giving him the credibility that came with meeting them.

But is that believable?

“At the time, I didn’t realize that by having those meetings it would be seen as giving him credibility. You’re almost saying, ‘I forgive that type of behavior,’ or something. So clearly the way it’s seen, I made a huge mistake not understanding that,” Microsoft founder and CEO Bill Gates said recently.

His ex-wife, however, did not buy that excuse, talking to CBS’ Gayle King some weeks ago about their divorce: “It was many things. But I did not like that he’d had meetings with Jeffrey Epstein. I made that clear to him.”

She went on to say she met Epstein “exactly one time because I wanted to see who this man was. And I regretted it from the second I stepped in the door. He was abhorrent. He was evil personified.

“I had nightmares about it afterward. So my heart breaks for these young women.”

Now, Musk — who is now under investigation by the Biden administration — appears to be wondering why Epstein, who reportedly hung himself in lock-up after his arrest — and Ghislaine are the only ones being punished since there appear to be many others who were involved in their ‘activities,’ according to various reports.

Musk responded: “Where is their ‘client’ list? Shouldn’t at least one of them go down?” 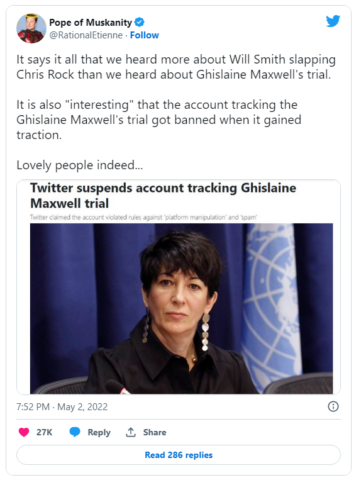