Skip to content
Home Stories Ellen DeGeneres Speaks Out After Stephen ‘tWitch’ Boss, Who DJ’d Her Show for 8 Years, Dies at 40

Just hours after it was revealed and confirmed that Stephen “tWitch” Boss had died at the age of 40 on December 13, Ellen DeGeneres is speaking out. As many of you who loved seeing tWitch’s smile already know, following his stint on So You Think You Can Dance, he became the resident DJ on Ellen’s uber-successful talk show.

Since his first time on the show in 2014, tWitch and Ellen became the best of friends. Now, in a statement she shared on her Instagram account, Ellen is revealing just how much he meant to her.

“I’m heartbroken,” Ellen wrote alongside a photo of her and tWitch hugging on the stage of her show. “tWitch was pure love and light. He was my family, and I loved him with all my heart. I will miss him. Please send your love and support to Allison and his beautiful children – Weslie, Maddox, and Zaia.”

Ellen DeGeneres released a statement following the death of her former DJ, Stephen ‘tWitch’ Boss, on Wednesday, December 14, just one day after his death. 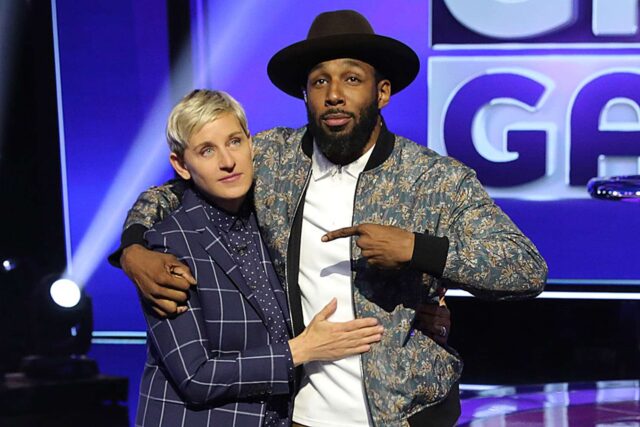 “I’m heartbroken. tWitch was pure love and light. He was my family, and I loved him with all my heart. I will miss him,” Ellen, 64, shared via Instagram. “Please send your love and support to Allison and his beautiful children – Weslie, Maddox, and Zaia.”

The So You Think You Can Dance alum died at a hotel/motel in Los Angeles on Tuesday, December 13, Life & Style confirmed via the Los Angeles County Medical Examiner-Coroner’s online records.

Sources confirmed to Life & Style that tWitch checked into the Oak Creek Inn in Encino, Los Angeles, on Monday, December 12. When he did not check out at 11 a.m. Tuesday morning and did not answer his hotel room door after repeated attempts, hotel management opened the room. The popular dancer’s body was discovered upon entry and police were called immediately.

While his cause of death has not yet been revealed, TMZ – who was first to report the news – reported his death as an apparent suicide.

According to the outlet, Boss’ wife, Allison Holker, frantically ran into an LAPD station on Tuesday and explained that Boss had left their home without his car. She noted that the behavior was out of character for him.

Shortly after, police were reportedly called to the scene of a shooting that took place at a Los Angeles hotel. The 40-year-old choreographer was found dead from an apparent self-inflicted gunshot wound.

Boss first appeared on The Ellen DeGeneres show in April 2014 as a guest DJ, before landing the permanent position. He became an executive producer of the daytime talk show in August 2020 and remained a fixture until the show’s wrap in May 2022.

Ellen previously opened up about meeting the Alabama native for the first time in 2011 after SYTYCD producers introduced the two so he could teach her some dance moves.

“tWitch came over to my house and he helped me try to copy it. It was like a crash course in getting to know each other. He was so patient with me. That was my initial love for him — we bonded over learning to dance together,” she said ahead of the series’ finale.

A visibly shaken tWitch told his longtime boss through tears, “I love you and also, I love the family that we’ve gained here. Something that I’ll always remember is that you gave me a place where I could just be myself.”

Boss is survived by his wife, Allison – whom he wed in December 2013 – and their children Maddox and Zaia. He also leaves behind his adopted daughter, Weslie, from Allison’s previous relationship.

“Stephen lit up every room he stepped into. He valued family, friends and community above all else and leading with love and light was everything to him. He was the backbone of our family, the best husband and father, and an inspiration to his fans,” Allison said in a statement to People on Wednesday. “To say he left a legacy would be an understatement, and his positive impact will continue to be felt.”