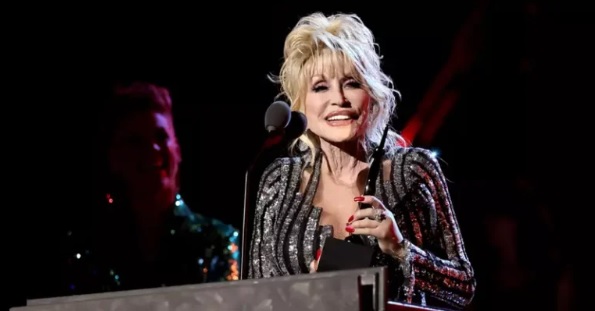 A new NBC Christmas special Thursday night featuring Dolly Parton was celebrated as being quirky and funny but also Christ-centric.

Dolly Parton’s Mountain Magic Christmas (TV-PG) debuted on NBC, telling a fictional story of Parton and her friends preparing to put on a network television special. Parton, in a news release, called it a “show within a show.” It included appearances by Zach Williams, Jimmy Fallon, Willie Nelson, Billy Ray Cyrus, Jimmie Allen and Miley Cyrus.

“When it’s time for her big special to air, a renewed and inspired Dolly goes rogue and shows the world that the real magic of Christmas lies in the hearts of the children we all once were, the realization that Christmas is about the people we share it with, and how her faith remains the common thread between Christmases past, present and future,” said an NBC summary of the show.

Reviewer Rae Alexandra of KQED in California said the special is “completely bananas,” as Parton often talks directly to the television audience and plugs Dollywood and her Imagination Library while singing and dancing.

But it also includes plenty of faith material, Alexandra said.

Parton shouts, “Jesus Christ is born!” and the crowd responds, “Hallelujah! He is born!” She sings, “He’s alive, and I’m forgiven / Heaven’s gates are open wide!” Parton and Williams team up for There Was Jesus. In the final minutes, she tells the audience, “God is good, and God is love.”

Williams told Reel Faith that he was surprised to be included in the NBC special.

“I was blown away,” Williams told Reel Faith’s DeWayne Hamby. “Because … when you think of that song, you don’t really think of it being a Christmas song, but the message in it and what we celebrate at Christmas is definitely Jesus. For me, it’s kind of been the gift that keeps on giving.”

Williams said he has a lot of respect for Parton.

“Everybody in the world is trying to get a piece of her attention, but somehow she manages to make whoever she’s talking to feel like they’re the most important person in the room,” he said.

Dolly Parton’s Mountain Magic Christmas can be streamed online at NBC.com or on Peacock TV.

Michael Foust has covered the intersection of faith and news for 20 years. His stories have appeared in Baptist Press, Christianity Today, The Christian Post, the Leaf-Chronicle, the Toronto Star and the Knoxville News-Sentinel.