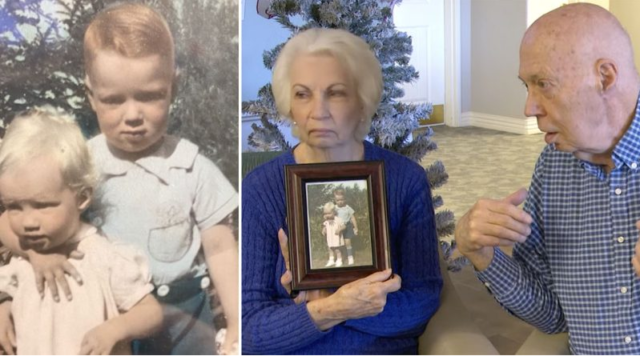 The secret to a long marriage is always love.

And this couple have loved one another for a long, long time. They met as toddlers and tied the knot as teenagers, and their love for one another has only grown…

Joel and Carolyn LaPray grew up as neighbors and would often play together. Their parents were friends so it was not uncommon for them to arrange playdates for their kids with each other. 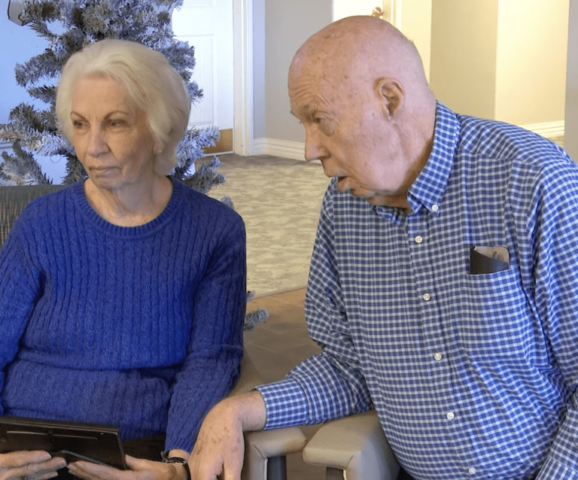 East Idaho News via YouTube.com
The couple met when they were both under two years old, Joel was 23 months old while Carolyn was only 14 months old. They became close friends and even have a picture of them that was taken in either 1941 or 1942; right before the war they recall.

When World War II broke out, both families moved from their native West Idaho. Later when it had ended and both families ended up resettling in Logan, Utah, they met again. But this time Joel and Carolyn did not befriend one another like before since they preferred playing with kids of the same sex.

They interacted with one another again during their Sophomore year of high school! When Joel asked Carolyn to accompany him to the military ball. This is around the time Joel realized he liked Carolyn, he remembered thinking “I kinda like her; I think I’m gonna marry her someday.” 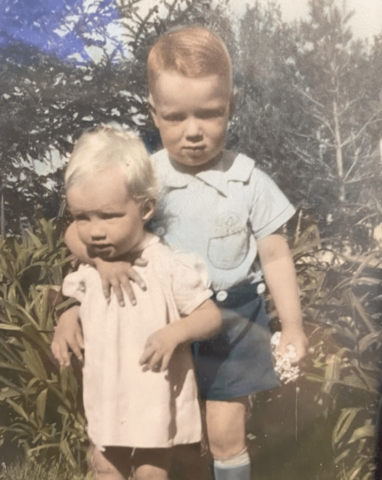 East Idaho News via YouTube.com
Carolyn liked him too but Joel thought she found him boring. She later confirmed this was true but only because Joel barely talked to her the entire night.

Both of them went to Utah State University and by the end of their freshman year in college, they knew they wanted to marry one another. And today they are celebrating their 64th anniversary! 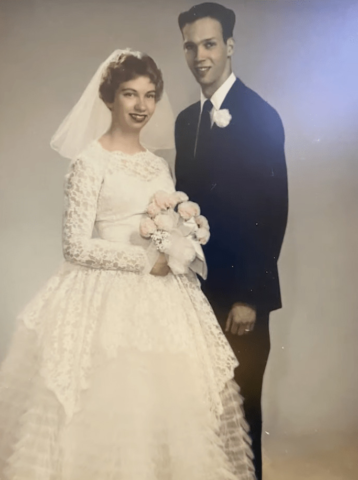 East Idaho News via YouTube.com
At the news of their marriage, Joel’s mother dug up their picture together when they were toddlers. She had a friend paint the black and white picture in color. They loved it so much that they topped their wedding cake with it. The picture read: “Joel and Carolyn, their first date.” Carolyn was proud to tell the story, adding, “That was special, too.”

The couple has had a wonderful time raising their six children together. They have 25 grandchildren and about 33 or 34 great-grandchildren. Joel has said he has stopped counting the number! 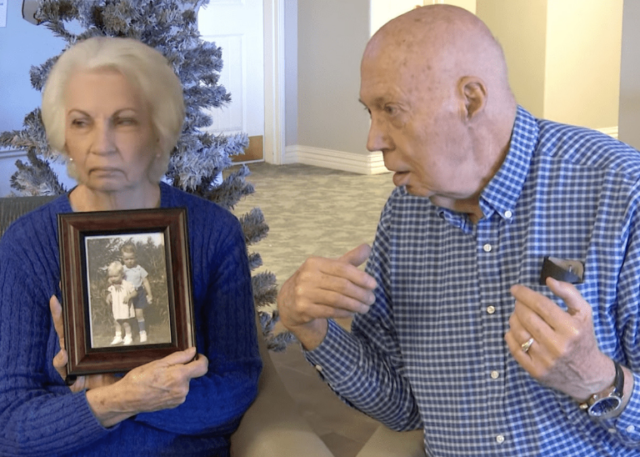 East Idaho News via YouTube.com
They say their secret to a long and happy union is simple, “Compromise. We each had different opinions, we compromise – we do it her way.”

Carolyn did not dispute her husband’s statement and said, “If mama’s happy, everybody’s happy,” they both nodded before Joel added, “If papa’s not happy, nobody cares!”

Both of them have spent a wonderful time with one another.

We wish this wonderful couple a lot more years of togetherness. Share this piece to show your friends and family what a healthy marriage looks like!