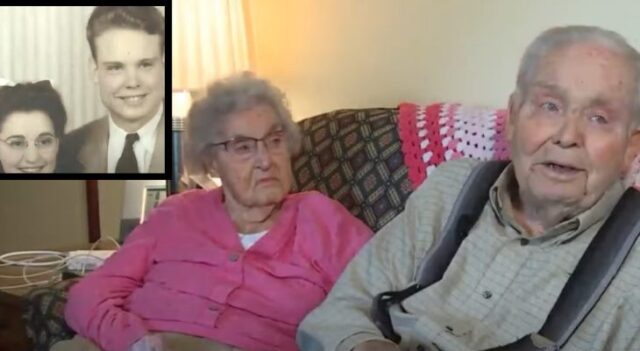 It was 1943 when a young June and Hubert got married, and they had no idea at the time that they would spend at least another 80 years together.

June and Hubert met at church when they were 19 and they soon decided to spend the rest of their lives together. They just knew that they were perfect for each other.

So, when Hubert returned from the war, they settled in Hamilton, Ohio, and they had three children together. Today, they also have seven grandchildren and 11 great-grandchildren.Hubert and June Malicote, who will both turn 100 this month, explain that their life has been simple, but blessed.

“We’ve never really gone out much. When the kids were younger we were happy sitting around the table sharing stories about our day,” Hubert told Today Parents. “We’ve had a wonderful life.”

They didn’t even arrange weekly night dates. They just enjoyed each other’s company. Having gone through everything from WWII to the Great Depression and Covid, they say that they have understood that what makes you happy in life is being grateful for what you have and having people who love you around. 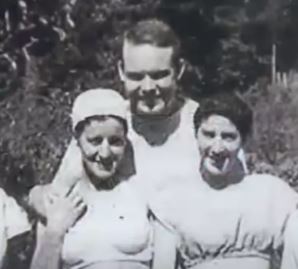 And, if you’re wondering whether they have ever had a quarrel, the answer is no! In fact, their daughter Jo confirms the claim.
As they explain, this doesn’t mean that they have never disagreed with each other, but they have found the solution to that. Instead of fighting, they prefer taking a break for a few minutes.

“We didn’t go through life without problems, but we would never do anything to hurt each other,” Hubert said. “If there’s controversy, you might have to walk away for a couple minutes,” he added. “Then you come back in and change the subject or you work it out.”

Indeed, it seems that this method works, given that they have been living in a happy marriage for nearly 80 years.

Over the last few years, June has suffered several strokes, so communicating is now hard for her. However, she still shows her love to her husband whenever she gets the chance.

SOURCE: YOUTUBE – WLWT
As their daughter says, every night they have dinner together, watch an old western, and then go to bed after kissing each other.

“I put Mom in her wheelchair next to where Dad is sitting and they hold hands and say goodnight to each other,” Jo told TODAY. “Then in the morning, they are so happy to see each other. They greet each other with huge smiles.”

It’s amazing that there are couples who live together for so long. In fact, they can’t even imagine their lives without their partner.
“It’s kind of like if we aren’t together, the team is broken,” Hubert revealed.

The couple plans on celebrating their milestone birthdays in a joint event later in July. The celebration will include a backyard church service.

“We will just worship God and thank him for his many blessings that he has bestowed upon this family for a century,” Jo said.