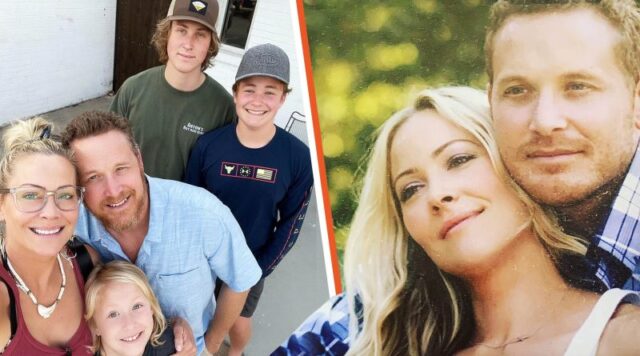 TV star Cole Hauser is a devoted family man who adores his wife and kids. Hauser is happily married to Cynthia Daniel, and the couple has three children.

“Yellowstone” actor Cole Hauser has been married to actress-turned-photographer Cynthia Daniel since 2006. Daniel’s face can be recognized from her famous roles during the 1990s.

She began her showbiz career as a model at age 11. The film star and her twin sister, Brittany, famously appeared in ads for Doublemint Gum as the Doublemint Twins.Between 1994-1997, the duo co-starred in the TV series, “Sweet Valley High” as Jessica and Elizabeth Wakefield.

After that, Hauser’s future wife starred in “That 80s Show” and “Basketball Diaries” before she retired from acting in 2002.

Daniel later pursued a career in photography and established a company called, Five Arrows Photography. Four years into a new venture, she met her future husband, Hauser, and the couple wed in 2006. 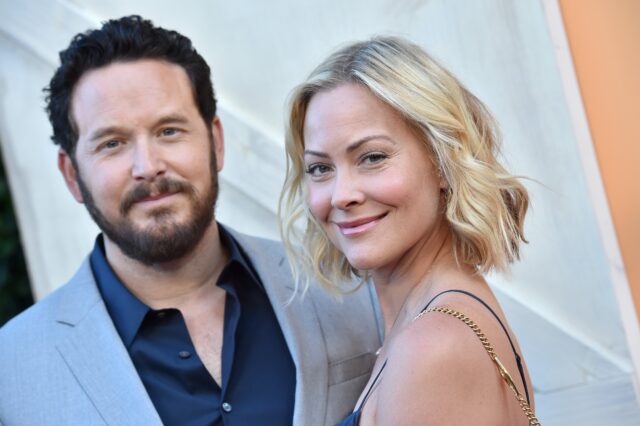 Per Country Living, not much is known about how the lovebirds crossed paths or their wedding day, but Daniel often gives fans glimpses of their special day by sharing throwback snaps on her Instagram account.

Hauser and Daniel welcomed their first child together, Ryland, in September 2004. Four years later, their second child, Colt, arrived in 2008, and in 2013, the pair became parents for the third time when they had Steely Rose. 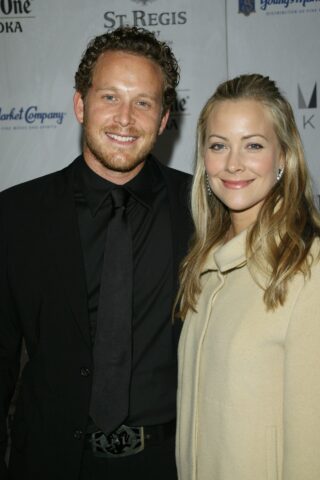 Hauser, as a Father and a Husband
The couple usually keeps details of their lives private, but there was one instance when Hauser opened up to The Havok Journal in 2020 about fatherhood and being a husband.

The California native divulged that he always prioritizes his family and makes it a point to be there for each of his loved ones, adding that finding a “balance” is essential:

Hauser emphasized even though he does make time as a dad and a spouse, he also needs to “work just as hard at it.” His wife also admitted that he always makes time for their relationship and nurtures it.

In an Instagram post on October 7, 2022, Daniel shared romantic photos of the couple and expressed her love for Hauser:

“Thank you, @colehauser22, for always making time to nourish our relationship. I love you so much.”

The appreciation post shows that even after 15 years of marriage, Daniel and Hauser still have love and affection for each other.

Hauser and his family spend a lot of time together. He takes his wife and kids to basketball games, celebrates holidays, and goes on vacations with his family.

On June 6, 2022, the family of four attended the Warriors’ Championship game. Hauser posted a family picture at the event donning their favored team’s sports gear with the caption:

“Amazing night with family @warriors championship gm. Off to Boston for a 4th title @cynhauser @colehauser.”

On July 8, 2022, Daniel and Hauser, together with their brood, celebrated the Fourth of July weekend in Wyoming.

The mother of three shared another family picture showing them all smiles while posing outdoors on the balcony. “#fbf of 4th of July weekend in Cody, Wyoming,” the Florida native captioned the post.

In April 2022, Daniel and her husband visited Anguilla, a small island in the Eastern Caribbean, and posted a snapshot from the trip on her social media.

The said picture showed her and Hauser posing with their arms wrapped around each other, wearing shades. “Ready for some Caribbean food. #anguila,” Daniel penned on the post.

Daniel is supportive of her spouse, and he has previously gushed about it on Instagram. On July 10, Hauser posted a picture of his beloved wife rubbing his feet on an airplane, following a long week of working on the set of the drama series, “Yellowstone.”

“After a long week of being on my feet working, my amazing wife woke me to rub my feet on our way to @calgarystamepede. You’re the best, @cynhauser.” Hauser wrote alongside a photo of his smiling wife holding his feet.

Fans swooned over Hauser’s post, and one person commented: “So sweet! She’s a good woman!! That’s true love right there.”

Another Instagram user wrote that he is a “lucky man,” adding that she does not do the same for her husband, “You’re a lucky man. I won’t touch my husband’s feet.”

Who Are the Couple’s Kids?
Apart from caring for each other, Hauser and Daniel also dote on their kids, two sons, and a daughter. Per Romper, their oldest child Ryland is a sports fanatic and is into football.

Ryland’s parents frequently share images and videos of him playing football at Jensen Beach High School for his team.

Daniel and Hauser’s second youngest son is Colt, whom he described as “an amazing soul” in a birthday tribute post on his Instagram page:

“Happy 13th birthday to my youngest boy! Thank you, mommy, for giving birth to this amazing soul.”

The Hollywood couple’s third child is their only daughter Steely Rose who frequently features on her parents’ social media accounts.

The proud dad often posts tribute to his daughter while sharing how much he misses her while filming the Western drama “Yellowstone.”

Hauser penned on his social media in June 2022 that it was how he and Steely Rose spent their father-and-daughter time together.

The “Good Will Hunting” star praised the youngster and called her “the love of my life,” adding she is “beautiful” and is “the future.”

Steely Rose accompanied her father on the show’s set during Season 5. Hauser has posted several images of his child on set, which sparked questions on whether she was joining the TV series. Hauser has a beautiful family with his wife of fifteen years, Daniel.