The poor 5-year-old girl was traumatized after being bullied on the bus, not just by kids but by an adult as well. Upset, mom put out a post for prayers unaware that her post would be seen by the police. And when the police saw mom’s cry for help online they showed up outside of her front door wanting to

When we discover a child is being bullied, our first reaction is normally to step in and try and protect them. Although, there are definitely good ways and bad ways of dealing with a situation.

That’s what Samantha Womble found out recently when her 5-year-old daughter came home from school one day completely traumatized.
Some of the other kids on the school bus had been making fun of her, and unfortunately, the bus driver handled the situation extremely poorly. The driver basically just made the problem 100 times worse. 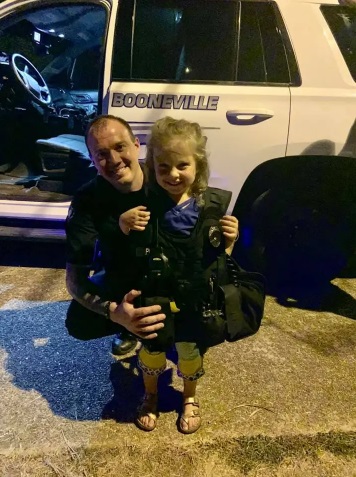 “My 5-year-old had her first bullying experience on the school bus. She was called stupid and ugly over and over. Instead of an adult handling the situation, he threatened her with the police,” Womble told Love What Matters.

What you really don’t want to do is make the victim of bullying feel like it is their fault that they are being picked on.
After all, being bullied is traumatizing enough already. Throwing victim-blaming into the mix too is just adding insult to injury. By telling the girl that he was going to call the police on her if she didn’t calm down, that’s exactly what the bus driver did. Understandably, it caused Womble’s daughter an unfathomable amount of anxiety.

“My daughter was then horrified and traumatized. As we drove home, we passed an officer, and she covered her head while crying scared to death,” wrote Womble. “I put out a post for prayers and it didn’t go unanswered.”

The girl was already upset over the mean names that the kids had called her and now she thought she was going to get in trouble with the police too.
However, officers in the area saw Womble’s distraught Facebook post and decided to reach out to the family to try and remedy the situation. 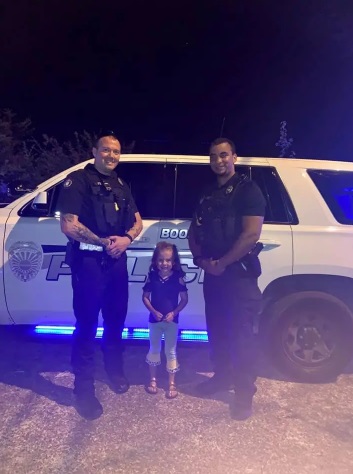 “That night officer Jonathan Luttrell and officer Blake Burress with the Booneville MS Police Department knocked on the door. They heard what had happened and brought her prizes. They made her feel comfortable and let her know they were her protectors and weren’t out to get her. That night she labeled those cops as her best friends,” wrote Womble.

Two officers actually showed up at their home hoping to meet Womble’s daughter and reassure her that the police were not bad people.
They let her know that it is their job to protect her from people like bullies, not arrest her. Officer Luttrell and Officer Burress’s kind actions helped the young girl to have a change of heart.

Although, the kindness from the local police didn’t stop there.

The following day, the family got yet another surprise visit!

“The next morning deputy Taylor Walker and Tyler Reese from the Prentiss County Sheriff’s Dept came to the school. Deputy Walker met her at the vehicle with a smile. He took the time to get on her level and speak with her. She walked back with the biggest smile and stuffed puppy. He held her hand and she was more than happy to have him walk her to class.”

The officers from both departments went way out of their way to look out for Womble’s daughter.
Not only did they bring her gifts, but they even personally escorted her to class. They wanted to make sure that the girl didn’t retain any animosity towards the police after how scared the bus driver had made her with the threat. 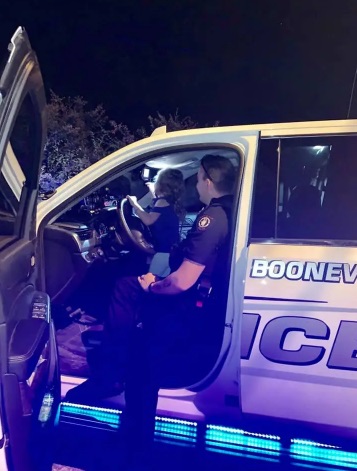 “So often law enforcement is thrown under the bus, given horrible names, and used as a scare tactic in the wrong situations. In reality these are the people willing to put their lives on the line to protect us, and care more than we can imagine. These officers made a point to take time out and helped my sweet girl feel safe, cared for, and protected after hearing they were used as a scare tactic against her.”

We think that the officers did a great job! Being bullied is something no child should ever have to experience. It’s an all too common occurrence in schools everywhere. The last thing we need is for kids to be afraid of the adults that are out doing their best to protect them as well.

In this case, we think the officers handled the situation perfectly. They made a lasting impression on the girl and her family that none of them will ever forget. It is a beautiful ending to a troubling story.

Read the full story posted on the Love What Matters Facebook page by Samantha Womble below.
Please SHARE this with your friends and family.