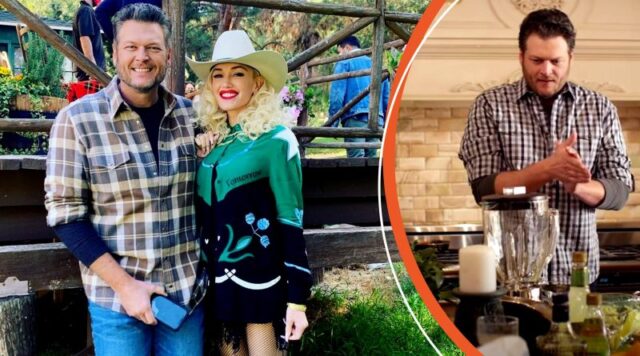 Gwen Stefani has helped Blake Shelton overcome many hardships. Perhaps that’s why the talented man has chosen to devote the rest of his life to caring for her. He is known to make her breakfast and sees every day as a chance to fall in love with her all over again. Their love story is a romantic one, but it started off roughly.

After walking away from her husband, Gavin Rossdale in 2015, Gwen Stefani thought she was done with love and its trappings. In fact, the talented singer shared during an appearance on “The Drew Barrymore Show” that she did not think kissing a man would happen again.

Shelton changed her mind one day when he introduced himself, and she fell for him feeling it was a match made in heaven. According to Stefani, God wanted them together, and she had not seen it coming. 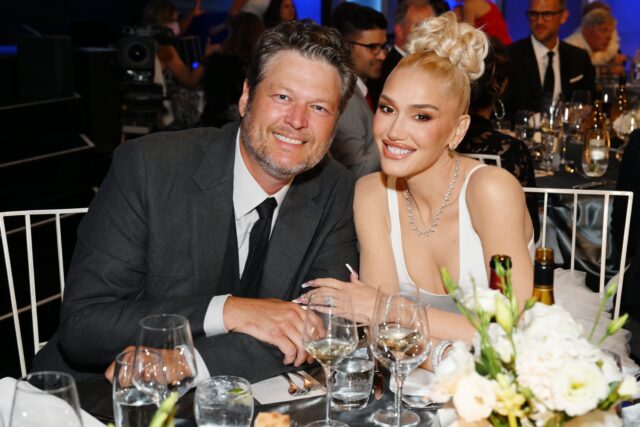 She told Barrymore what she used to think: “I’m gonna wake up every day, I’m gonna have a coffee, I’m gonna take care of my kids, and then I’m gonna go to bed.”‘

Stefani met Shelton on “The Voice” in 2014, a year before she split from her husband and the father of her three kids. After their separation, she started dating Shelton and never looked back.

Stefani told Barrymore that Shelton shared her values and had the same thoughts despite having different thought processes. She believes that having someone like that makes falling in love worth it, so she marries him.

The wedding planning was done by Stefani, who barely required any input from Shelton — something he said he liked. The event went down on July 3, 2021, on Shelton’s Tishomingo, Oklahoma ranch and was a small intimate event witnessed by 40 friends and family. 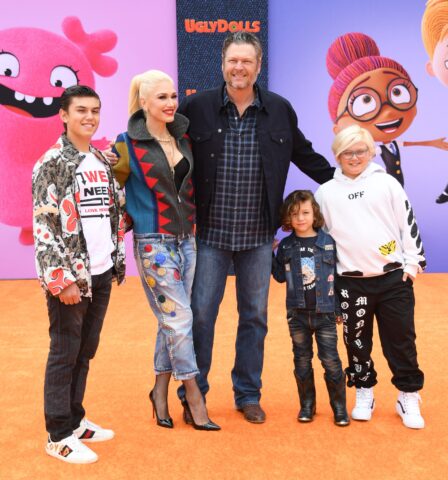 A source close to the pair said they chose to keep the wedding small because they wanted to enjoy every moment with their families, and they did.

The whole affair was a success, especially for Shelton, who got away with drinking sparkly drinks and kissing Stefani to the cheering of the watching crowd.

Some trolled him for being a lazy hubby, but he took it in stride, saying he was being lazy and attributing it to his wife’s excellent planning skills. He added:

“What do I know about that stuff? Of course, it was her and her vision.”

It was just another example of how well the “The Voice” judge and the iconic singer complement one another. Recognizing the importance of the relationship, Shelton is now focusing his energy on preserving and maintaining it.

In August, he revealed to ET that everything in his life comes second to Stefani and their family, including the three kids she had with her former husband. He explained:

“Look, I love music, and I love ‘The Voice.’ I love all the cool things I get to do with my job, but those things all take a backseat now to Gwen and the kids, and it’s just a new phase of my life.”

This new phase has the artist feeling more confident about his career. He freed himself from the rat race, and that freedom led to the release of singles at his own pace.

One of the ways Shelton has chosen to express his love for Stefani is by cooking, and he does it often.
Shelton has expressed gratitude to his record label for always supporting him in all his decisions. He said their support for his goofy ideas has led to big hits that people know, and he prays things don’t change.

Of course, putting his career on the back burner does not mean that Shelton is giving up on it. Instead, he hopes to be able to make music the way he wants while having time for his family as well.

Shelton gained fame as a country singer before he became famous as a judge on “The Voice.” He hopes that after all is said and done, he can still claim to be a singer as it is all he had ever really seen himself professionally.

Gwen Saved Her Husband
Stefani and Shelton fell in love with each other at a time when they were both at terrible lows. The pair bonded over their mutual heartbreak while they were judges on “The Voice.”

They started exchanging emails afterward and sometime later, it became text messages that grew into calls and something more. Shelton admitted in a past interview:

“I think she’s kept me from going to the absolute bottom. It was like literally falling off a cliff, and a hand reached out and caught me, is what it feels like.”

According to the loved-up star, Stefani is the only one who has ever made him feel like she would be there for him come what may, and he said it was the most incredible feeling and is happy to fall in love with her every day of the rest of their lives.

Falling in love with Stefani also meant accepting her kids, but that did not scare Shelton. Of course, Stefani had no way of knowing for sure, so she played it safe until it became apparent that Shelton was okay with becoming a stepdad to her three boys, Kingston, Zuma, and Apollo.

Her worries were needless because as Shelton fell deeper in love with her, his bond with her kids grew more potent, and now they are one big happy family.

Breakfast In Bed
Shelton has a lot of love for his family. He knows he has hit the jackpot by marrying his best friend and is now dedicated to maintaining the sweet serenity of their romance.

One of the ways Shelton has chosen to express his love for Stefani is by cooking, and he does it often. In 2018, he celebrated Stefani on Mother’s Day by making her a waffle breakfast in which he spelled the word “mom.” It required him to make lots of waffles but he did so gladly.

The year before that, he surprised her with a pancake breakfast and put “#1” on it. The only thing better than him making her breakfast is her getting up to join him in making a dish.

Last year, during the holiday festivities, the pair gave their fans a glimpse into their married life as they prepared an Italian dish. The whole process was shared on Instagram, and it showed fans the chemistry between the pair, who are known to enjoy making plans for Christmas.

This year, Shelton hopes to do better than his wife, where the planning of gifts is involved, and fans can’t wait to see the ideas he comes up with.