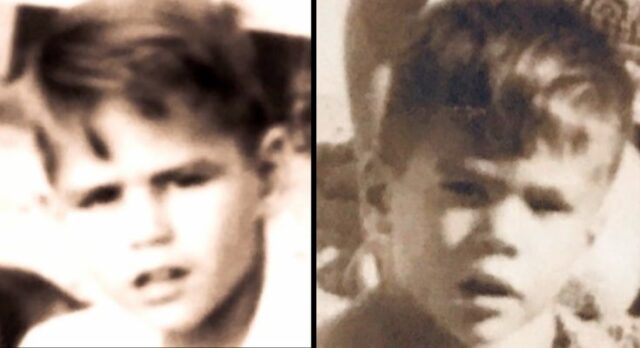 Over time, they became even closer.
These two best friends were just like family.

Their actual familial bond ended up being confirmed by DNA 60 years later.

The two men from Oahu, Hawaii, born 15 months apart, are actually half brothers.
Robinson was adopted at birth, and Macfarlane was raised by his grandmother and never knew his biological father. 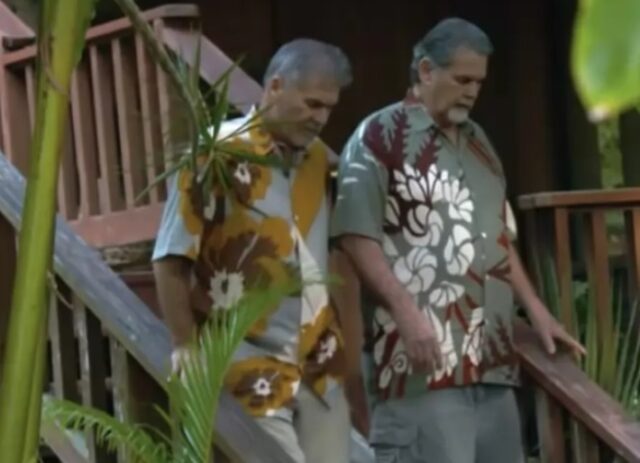 SOURCE:
STEVE TV SHOW – YOUTUBE
They grew up being schoolmates and playing football together at Punahou school.
“When we played for Punahou, we were both first string,” Macfarlane told KITV 4. “We’re brothers, playing side by side.”

Later in life, they spent time playing on the Aloha Airlines softball team together and sailing on Robinson’s boat.

Macfarlane even attended Robinson’s wedding.
The two men lived less than 10 minutes apart for much of their lives.

All the while, they had no idea that they were related and shared the same mother. 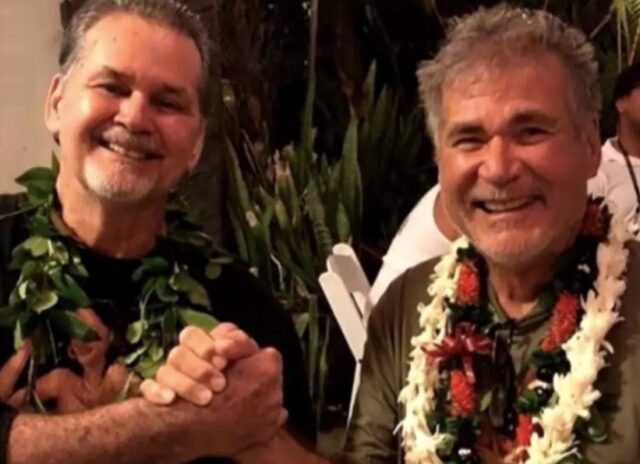 SOURCE:
STEVE TV SHOW – YOUTUBE
Even though they didn’t know they were brothers, they still acted like they were.

“This guy was like an older brother all along,” Robinson said. “We’d go skin diving; I’d be making noise in the water, splashing around, he’d be teaching me how to do it right. He always came out of the water with a bigger string of fish. And I had the smallest.”

After 60 years of friendship, Macfarlane became curious about his past and used DNA-matching websites to try and learn more about his background.

“My older daughter Cindy really wanted us to look for my dad and ‘Let’s get it done.’ So, the kids got me a gift,” Macfarlane told talk show host Steve Harvey.

The gift was a subscription to Ancestry.com.
“So then we started digging into all the matches he started getting,” said Macfarlane’s daughter, Cindy Macfarlane-Flores, told CBS News. 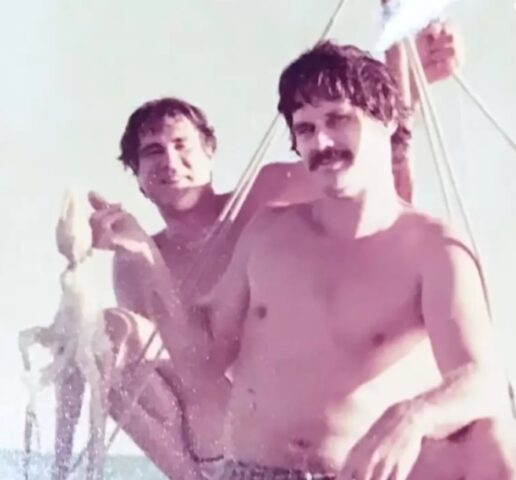 SOURCE:
STEVE TV SHOW – YOUTUBE
As it turns out, Robinson was using the same website to learn about his family too. The two friends soon realized that they were related by blood.

“When we got the results back it was discovered that Alan wasn’t only my best friend, he was my brother,” Macfarlane said.

“It was an overwhelming experience, it’s still overwhelming. I don’t know how long it’s going to take for me to get over this feeling. This is the best Christmas present I could ever imagine having.”

But if you see these two men standing side-by-side, you can easily tell that they are related.
Not only do they look similar, but they even dress alike. Their story so wowed people that it ended up going viral. They got a standing ovation from the audience on Harvey’s TV show.

Watch their incredible story unfold in the video below!
Please SHARE this with your friends and family.