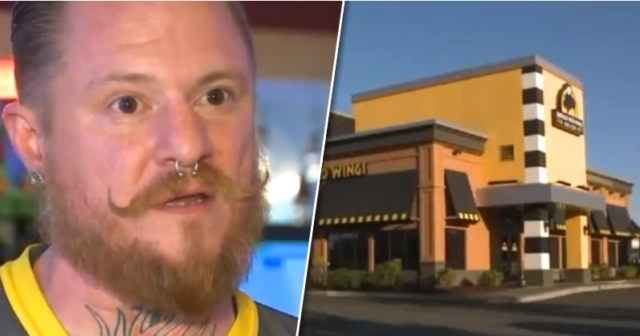 A Washington state woman went to Buffalo Wild Wings to honor the memory of her brother, who was a soldier.

She ordered two beers – one for herself and one for him. After being initially denied both beers, she was left shocked when it came time to pay. 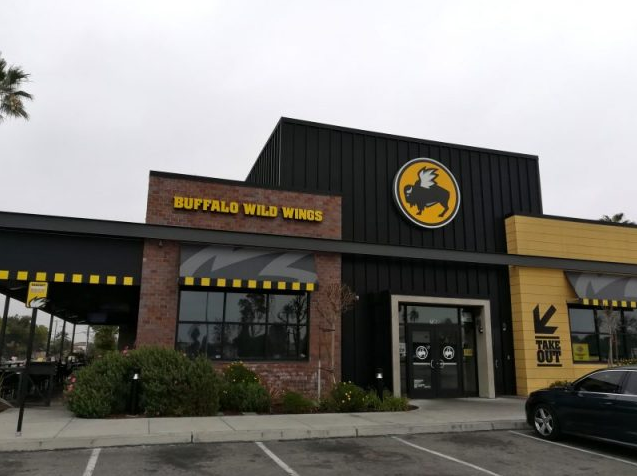 (Photo Credit: Alexander Migl)
Bartender Brian Avey was the man who served the unidentified woman when she entered the Tacoma restaurant around lunchtime. She ordered a Blue Moon and a Corona, reported Fox News Insider. However, there was a slight issue with her order – state law prevents people from having two drinks at the same time, which Avey explained to her.

That’s when the woman spoke up, telling Avey that the second beer wasn’t for her; it was for her brother, who had lost his life while honorably serving in Iraq. After hearing her touching story, Avey defied the state’s law and let the woman have the second beer. “I’ve never seen that happen before, and it touched me,” Avey said, reflecting on the woman’s order. 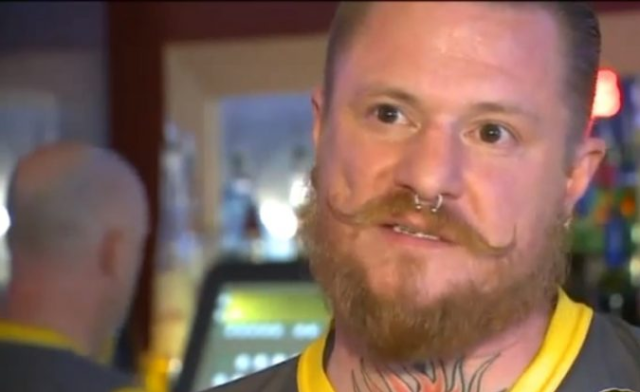 Brian Avey describes himself as a good listener. (Photo Credit: Screenshot)
In a Facebook post, Avey said that the woman held true to what she had promised, and the beer just sat next to her for the entire time she ate her lunch. When she received the bill, she was given a rather awesome surprise. Avey told the manager about the situation, and he decided that Buffalo Wild Wings would cover the soldier’s beer. The cost was deducted from the woman’s bill.

In response, the woman left Avey a beautiful message on the receipt, sitting her brother’s beer on top of it. “Thank you. An act of kindness goes a long way. It means a lot to me. Have a great rest of your day,” the note read, and she signed it, “Grateful Soldiers.” 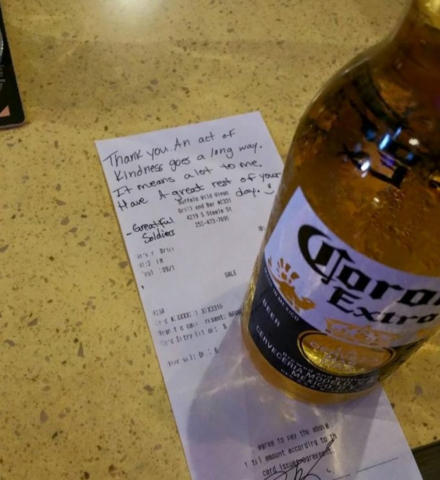 Brian Avey took to Facebook to share the story, along with a picture of the beer and the check, on which the customer had written a thank-you note. (Photo Credit: Facebook)
Touched by her gratitude, Avey posted a picture of the note with the beer on Facebook, explaining what had happened while the woman was there and, more importantly, what the restaurant did with the beer after she left. Avey said he didn’t have the heart to dump out the beer, so he placed it on top of a cooler next to an American flag in a case, then he told his boss what he had done.

His boss’s response? He said it was fine as long as staff kept a fresh lime in it. Awesome, right? But, it gets better. Not only did they keep the beer up there for the day, but they’ve decided to keep it up there permanently, continuing to honor the soldier’s memory with a never-ending toast. “If he can give his life for our country, we can give that beer a permanent place [here],” the bartender said, according to Q13 Fox. 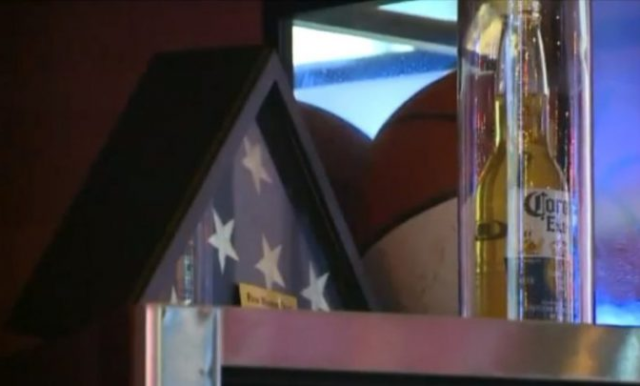 “That beer is staying there, we’re not getting rid of that beer,” Brian Avey said. (Photo Credit: Screenshot) 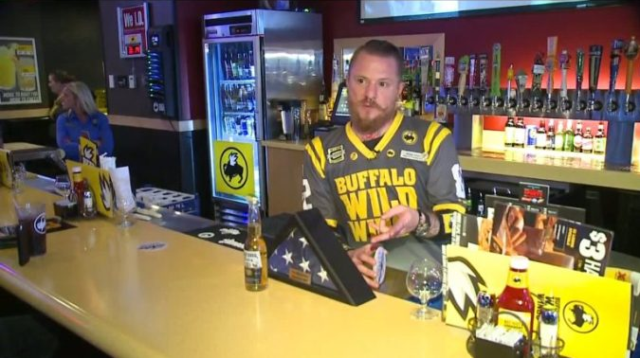 Speaking of the mystery woman, Brian Avey said, “I don’t even know how much pain she was in. It just felt like the right thing to do.” (Photo Credit: Screenshot)
“I told him it was a great idea. I thought it was fantastic,” manager Dan Banale said. “I just can’t throw this beer away. I said, ‘Let’s keep it. Just make sure that we change out the lime every day,’” Dan said, showing the deep respect that the employees at Buffalo Wild Wings have for our military.

Let us never forget how much our military families sacrifice for our freedom every day. What may seem like an insignificant act to some, is an incredible way to honor someone who fought and gave their life for our nation. Kudos to everyone involved in this story, from the woman who initially set out to honor her brother to the employees at the restaurant who decided to continually honor him. Everyone did something awesome, and as such, they all have my deepest respect.