Skip to content
Home Stories A 94-year-old man wants to go 2,200 miles by himself, so his son calls the police. A police officer responds wonderfully 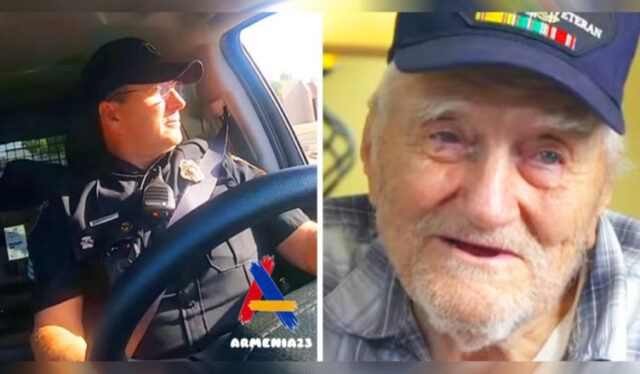 The 94-year-old was alone and didn’t have any relatives around. Consequently, when his son learned that his father had decided to drive himself across the nation from Arizona to Florida, he realized he couldn’t allow it to take place. His son made the decision to file a police report against his own father. But what he didn’t anticipate was the cop’s startled reaction when he met the 94-year-old war veteran in person.

In the most unlikely of circumstances, a police officer and a World War II veteran become dear friends, and the story is capturing the attention of the whole country. Howard Benson, a 94-year-old citizen of Glendale, Arizona, served his nation with distinction when he was a young man. With his strength of character and determination, Howard intended to move from Glendale to an assisted living facility in Florida by himself, packing his stuff onto a tractor-trailer and preparing to hit the open road. He was never one to give up.

Even though Howard was a determined person, his son was very worried about the safety of an elderly man going cross-country by himself. Howard’s son phoned the Glendale Police Department to express his worries, and asked if the police could send someone to check on his father’s health. The department agreed to send someone. Sergeant Jeff Turney was quickly recognized as the most qualified candidate for the job by the Glendale Police Department. 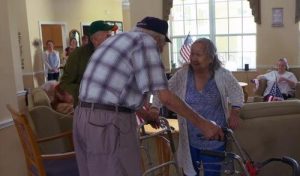 Sergeant Turney is a former military member who previously served in the United States Air Force. Taking use of Sergeant Turney’s prior military experience, the Glendale Police Department routinely assigns him to situations that involve veterans and former members of the military.

Sergeant Turney told reporters from KTAR-FM that he recognized right away that Howard would be a difficult case from the minute he first met him. According to Sergeant Turney, after speaking with the World War II veteran, there would be no negotiating or arguments that would persuade Howard to postpone or delay his 2,200-mile journey, which was set to begin the next day. As a precaution, Sergeant Turney agreed to accompany Howard on the 30-hour journey to Florida to ensure that he arrived safely.

Despite the fact that they didn’t know one other at the start of the journey, Howard and Sergeant Turney grew to be great friends as the adventure progressed. 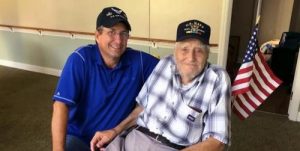 The police sergeant recalls Howard telling anecdotes from his long life and his ambition to travel across the country he loves one last time. To his honor, Jeff regularly posted updates on their adventures to Facebook Live, expressing his gratitude for the opportunity to help the man as Howard. As the two came to know one another better, the old vet was given a new nickname by Turney: Hurricane Howard, which was given to him when they were forced to battle Hurricane Dorian together.

After arriving at the assisted living facility in the Sunshine State, the couple was welcomed by a magnificent sight: people waving American flags and singing patriotic songs to welcome them to his new home. On his way back to Arizona, Sergeant Turney reflected on the amazing privilege it had been for him to have met a guy who had lived such an intriguing and fulfilling life. In the end, Sergeant Turney believes that his experience will serve as an inspiration to others to support others in their community and to do what is right.

Watch the video here, and please SHARE this amazing story with your family and friends on Facebook.…