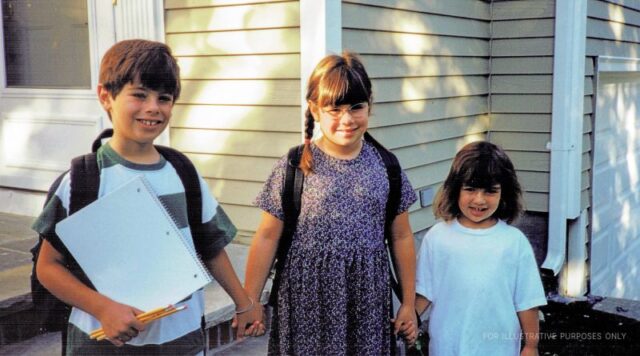 Our lives were not easy after our parents died. But as my elder siblings and I navigated the tribulations of life, we realized that a vital lesson our parents had taught remained true every single day.

I don’t remember much about my parents. Seventeen years ago, I was five, and they died in a car accident. My earliest memory was being taken away from our house with my two elder siblings, Winona and Julian, to a children’s home.

At the shelter, we met many adults who tried to explain things, but I was too young to understand some things fully. Only years later did I realize that my eldest sibling, Julian, had discussed a few adult decisions with them, one of which would change the course of our lives.

Our parents owned a café, which they loved. I only remember the permanent scent of coffee on our mom. So, when they died, a trustee was assigned to handle their property because we were all minors. Unfortunately, there were debts to pay, and the trustee told Julian it would be best to sell the café, pay off the house, and we could move there when he turned 18 and could request custody of us.

As each of our families grew, we ran out of space until Julian shocked all of us one day.
However, my brother knew how hard our parents had worked to get the café, so instead, he told the trustee to sell the house and keep the café running as long as it made enough money. Luckily, the trustee listened to Julian, who was only 12 then.

After that, we had to adapt to life in a big house with many other children. That was not easy. Most of us were orphans, and some were abandoned. The trauma of it was too much for some kids, and many picked on my sister and me often. However, Julian would step in and try to defend us.

He would also save his sweets or any extra food so we could have it. Back then, I was just happy that I had them. I was not alone like many kids there… until something happened. 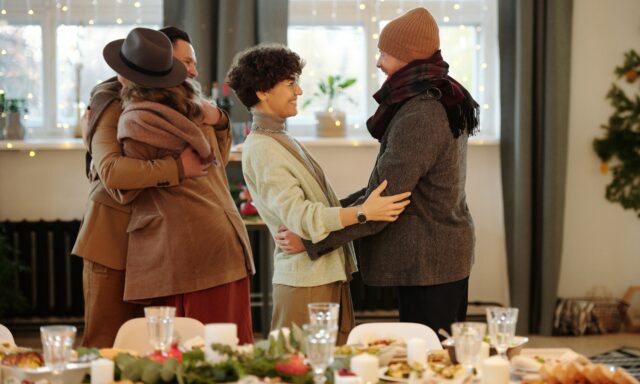 Winona left first. Although we all tried to resist, she was taken to a foster home. Julian was angry. He didn’t want us separated.

“Julian, this is the best for your sister. She can go to school and maybe have loving parents again,” the social worker told my brother. I was only crying hysterically.

“But that’s not fair. We’re family. We should all go together,” Julian said, trying to keep his tears at bay and hold me close.

“They can’t take more than one child right now. Maybe later,” she placated, and we hoped. But that didn’t happen.

However, Julian firmly said no when they tried to take me away, explaining that I would be going two states away. And I only listened to him. He was my hero.

“Laurel is not going anywhere that far. No! She has to be closer to Winona and me. Please, you can’t separate us like this. It goes against everything we were taught as kids. Please!” he begged, crying this time for real. It was the first time I saw my brother showing any real emotion. He had been so stoic since the news of our parents’ accident. I thought he was almost an adult then.

I made such a fuss about them taking me away that the foster parents changed their minds. They took someone else, and I was glad.

Eventually, the social worker found a compromise. Julian and I were sent to Pol and Agnes’ house, and they lived two blocks away from Winona’s foster parents, Manny and Karla. It was perfect. Pol and Agnes had actually been inspired by their neighbors to foster kids, and when the social worker told them our story, they didn’t think twice.

Therefore, Julian, Winona, and I spent as much time together as possible. Our foster parents were understanding and got close because of our relationship, so those were not so bad, all things considered.

Julian and Winona were only two years apart, so they started working as teenagers while I stayed home. Still, they always had time for their little sister, no matter what. For that, I will always be grateful.

When Julian turned 18, the trustee handed him everything: the café and its profit over the years, which was more than any of us expected but just enough to rent himself an apartment. Afterward, he started managing the business and took night classes at the local college.

Winona joined him in the business when she turned 18 and moved in with him. A few years later, I joined them too. We all had grown to love our foster parents, but leaving their homes meant they could foster other kids and give them a chance at a better life. We still saw them for dinner whenever it was possible, and they came to our café often.

Despite our tight bond, we fought about things a lot, especially Winona and me. But all our quarrels ended when Julian spoke, “Remember what our parents taught us.”

We would hug it out and move on quickly. Soon enough, we were all making enough money to be more independent. Winona got her own apartment, and I left shortly after to move in with my boyfriend. Eventually, we formed our own families, but our bond was unbroken. We were still working at the café together and often had gatherings at each other’s houses. However, as each of our families grew, we ran out of space until Julian shocked all of us one day.

After years of hard work and some help from his wife, he bought our parents’ old house back when I was 34. We gathered there every Sunday night for dinner and all major holidays. Our foster parents and their other kids showed up, too, sometimes.

Our family was big, loud, crazy, and merry. We also fought, yelled, laughed, cried, and drove each crazy to no end. But none of us ever considered not going to Sunday dinners.

One Sunday dinner coincided with Christmas, and my brother stood up to make a toast.

“To my dear little sister. Congratulations on your pregnancy. We can’t wait to have that little one running around with the rest of our big family,” Julian began.

“And to everyone here, I want to remind us of what our parents taught us. Only in unity can we overcome anything and everything that life throws at us. Winona, Laurel, and I are here because we refused to be separated, and we refused to give up. Our unity did not let us give up. I hope you can all uphold that motto, as our family should always come first. Cheers!”

“Cheers!” we all chorused cheerfully as I touched my belly tenderly.

What would you have done if you were us? Would you have accepted a different foster placement? Do you think a family should stay united to overcome anything, even after a tragic loss? Or were we too dependent on each other?

Tell us what you think, and share this story with your friends. It might inspire them and brighten their day.