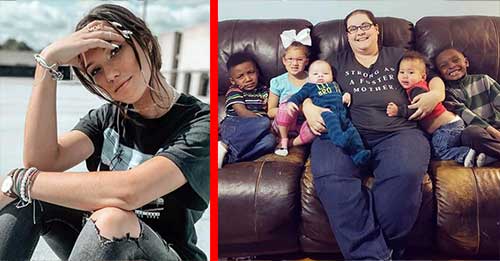 Akyra was adopted this past September by Katie Holstein in Kentucky, and she finally had a forever home. 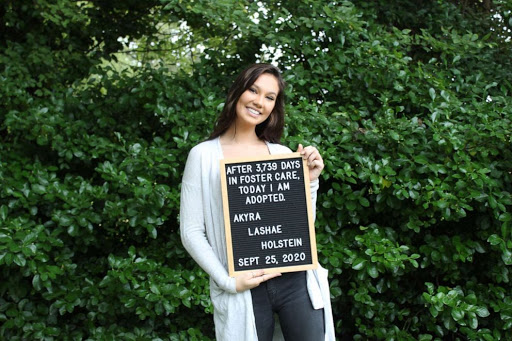 Haili Holstein
Says Katie: “The thing I love about her most is how resilient she is. Even though she’s been in foster care for so long only to be disappointed, she took a chance on me and my family and let herself be loved again.” 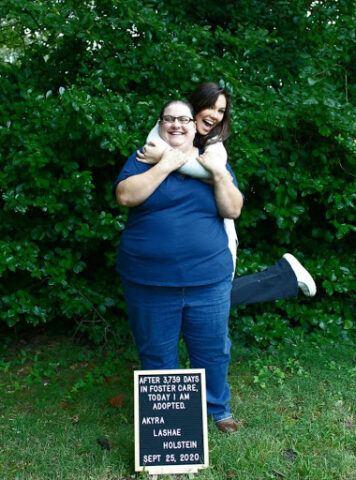 Haili Holstein
Katie herself began fostering children back in 2017 and Akyra came along to her two years later. She was there a short time and then came back in March of 2020. At that point, Katie realized that it just would not right being without her again. So she set up plans for adoption. She was also fostering a 1-year-old boy at the time named Thomas, and she could also not imagine her life without him either. So adoption plans were set for him as well. Katie was able to adopt both of them on the same day. Katie gives a great deal of credit to Akyra’s caseworker. 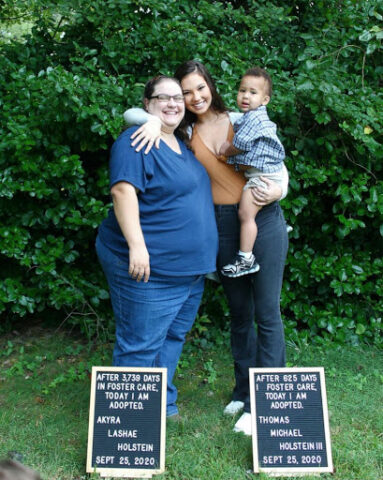 Haili Holstein
Says Katie: “She would walk through fire for that kid. I firmly believe Akyra is as strong as she is because she had her in her corner.”

Akyra is now planning for a career in law enforcement. 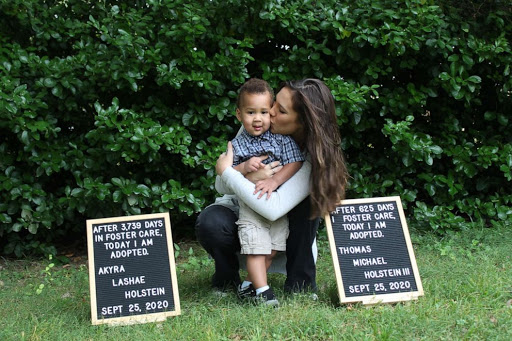